In my last week in Japan, I spent a couple days in Fukuoka on Japan’s Kyushu island. The city is famous for tonkotsu ramen of which I ate three bowls over the course of about 24 hours. No regrets. While not slurping down pork bone-based noodle soups, I visited a few temples and shrines in the city. 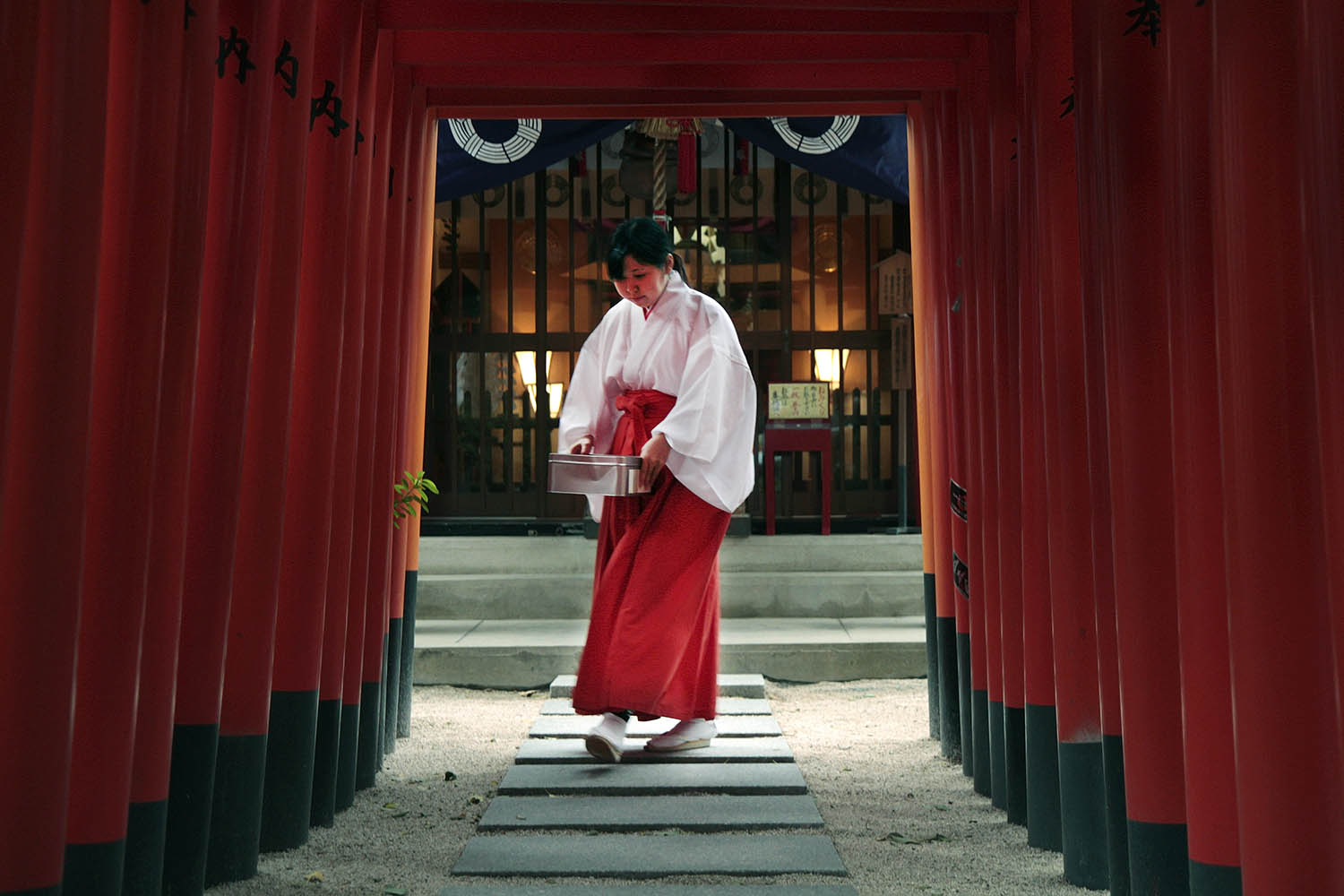 This worker at Kushida Shrine in Fukuoka walks under a series of gates carrying a box of donations made to the shrine. Kushida Shrine is famous for a festival in the summer in which participants carry giant floats, some taller than ten meters and weighing over two tons.

I’m sad to be leaving Japan after spending three years here, but excited to travel in Nepal and the US before moving to London this winter.