My first stop after leaving my life in Japan was Nepal. I spent my time in Kathmandu and Pokhara. Kathmandu was bustling, charming and at times overwhelming. Life seemed to spill out everywhere. Pokhara was more laid-back, offering chances to relax or set off on an adventure. 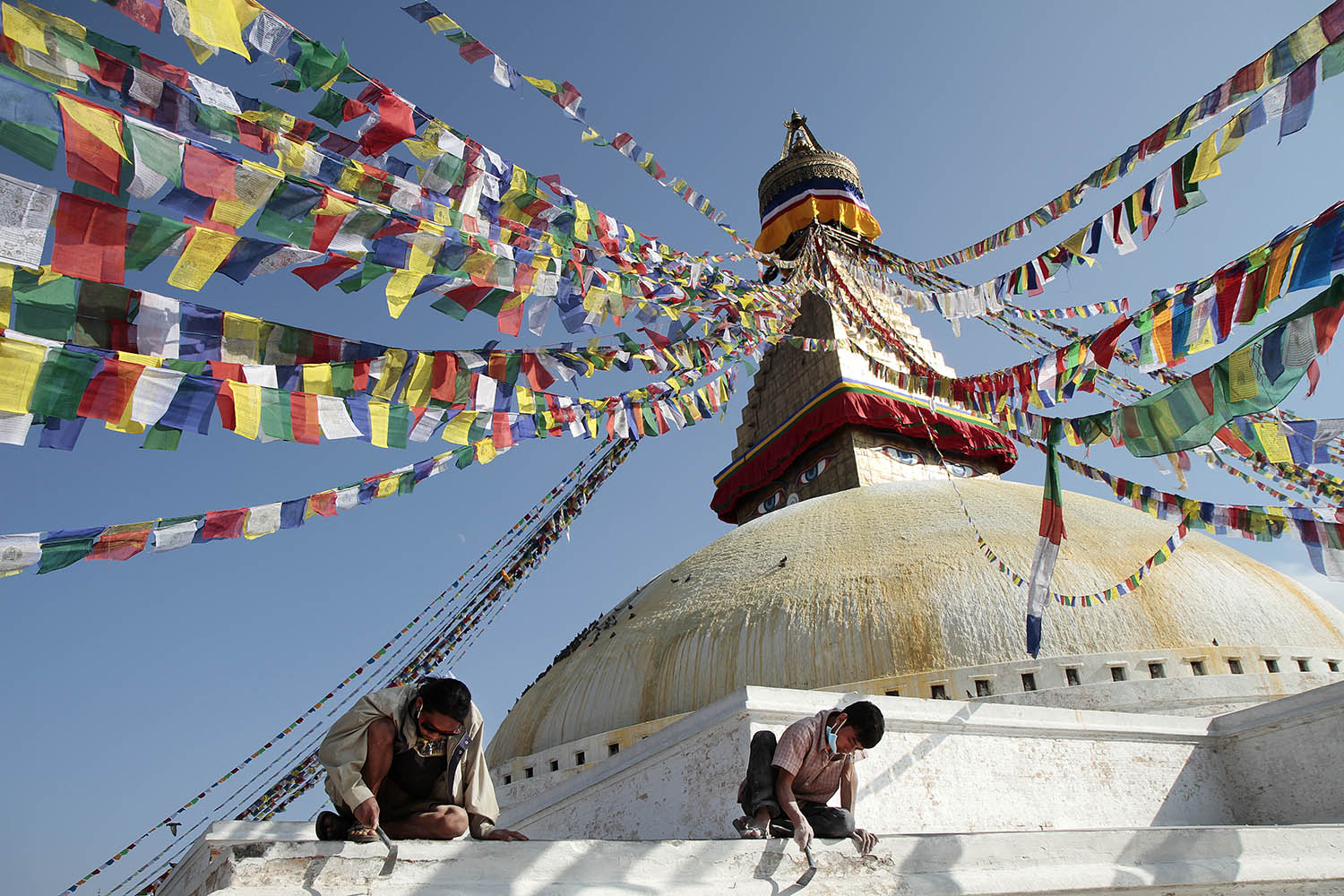 Workers at the Boudhanath in Kathmandu chip paint from the aging facade of the holy Buddhist site. The stupa, one of the largest in the world, had accumulated many layers of paint over its existence. 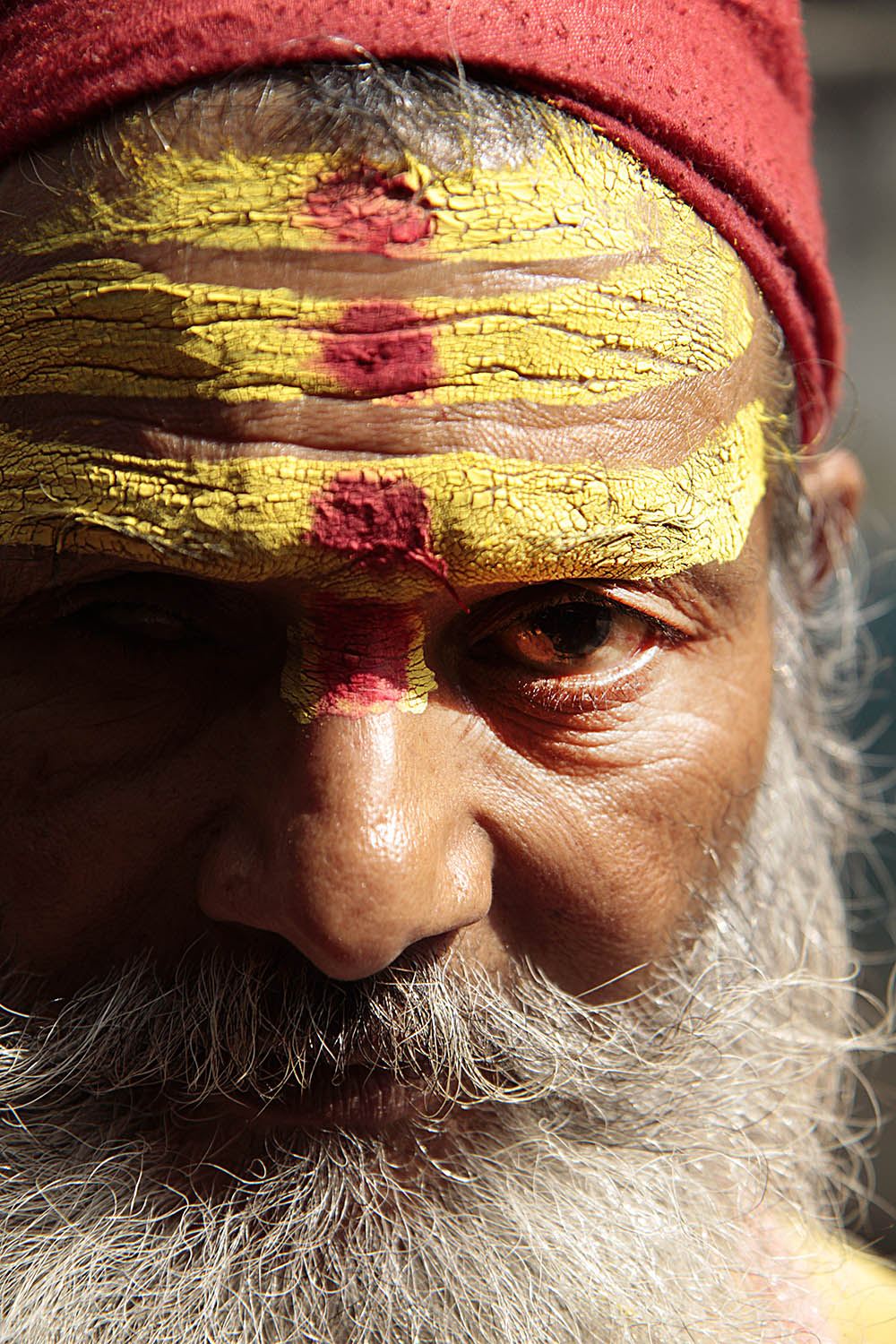 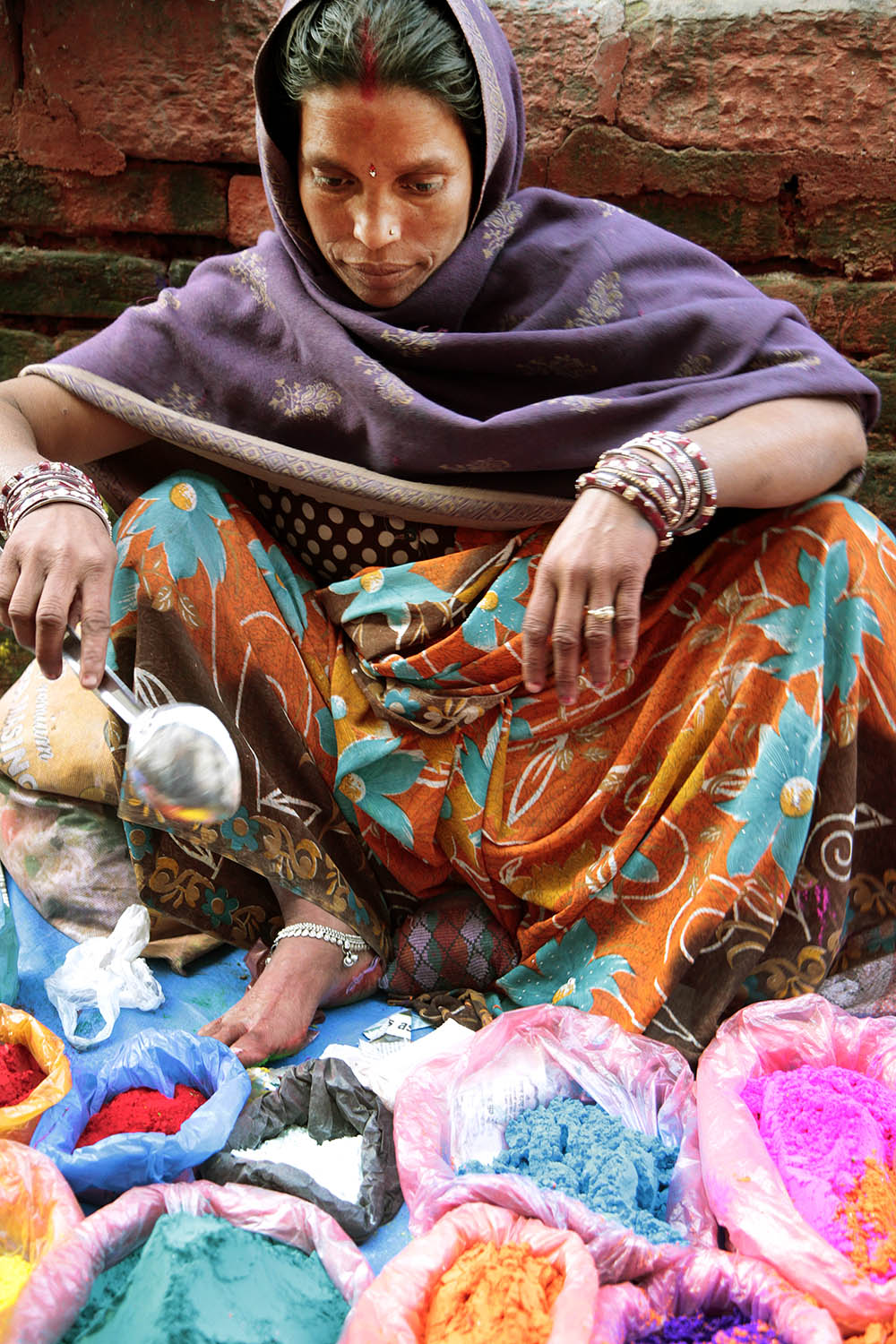 This sādhu, or holy man, left, approached me in Kathmandu and gave me a tikka, a red spot on my forehead. Then he asked for money. Anyway, sādhu live on the edge of society after renouncing material goods. Right, a woman sells dyes in a square in Kathmandu. 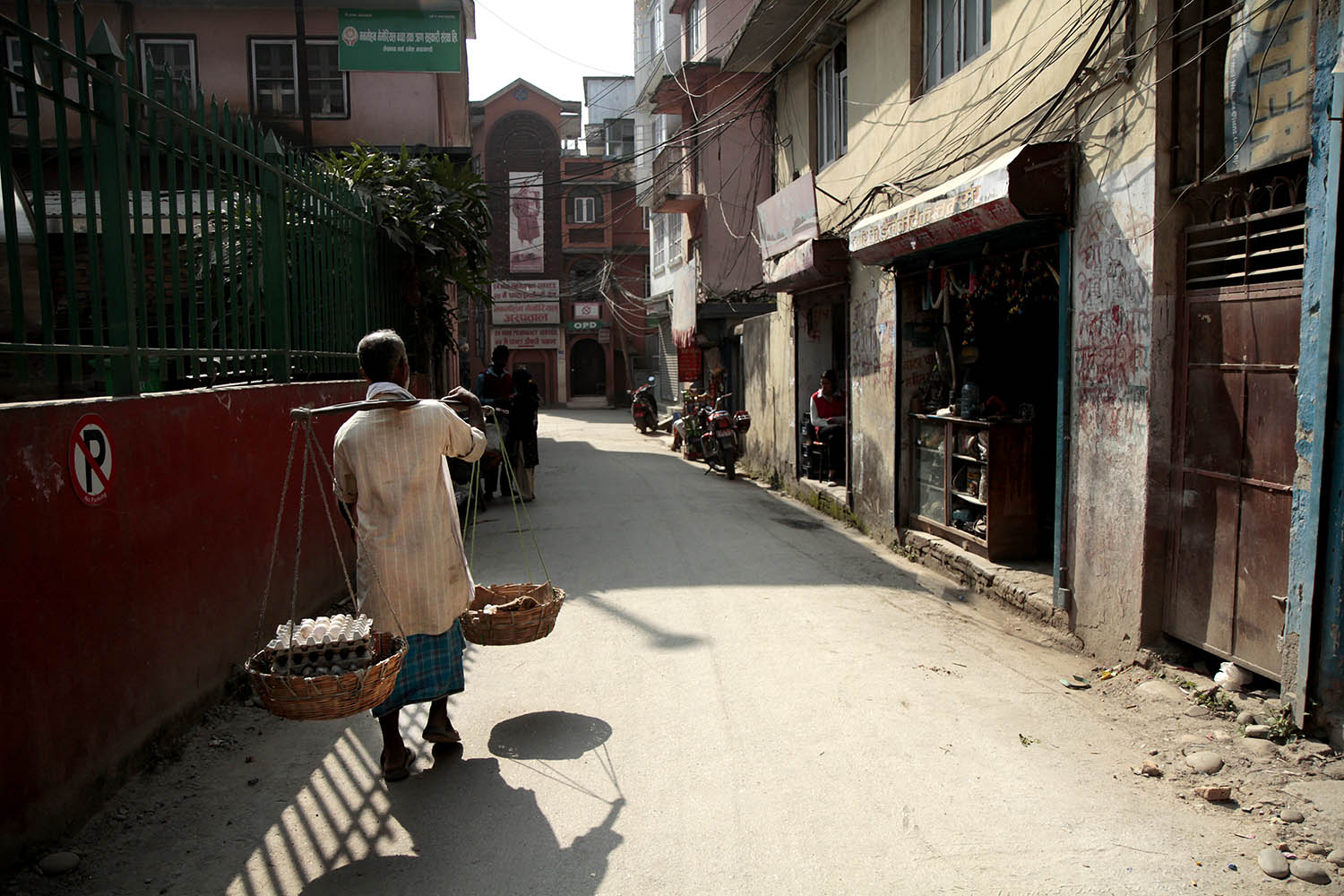 A man carries eggs in baskets through the streets of Kathmandu. 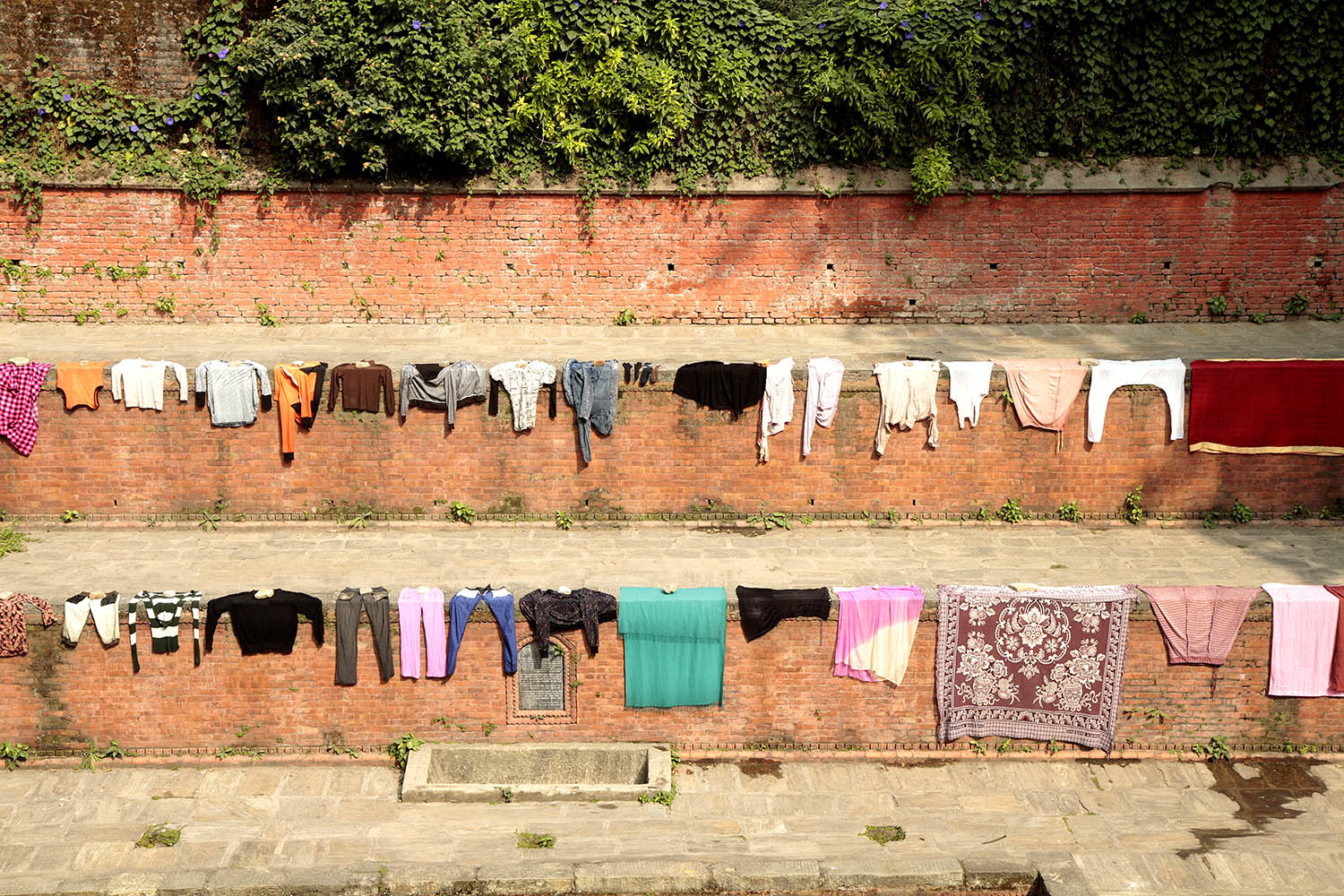 Clothes lie drying in the sun near an outdoor water fountain used for washing in Kathmandu. 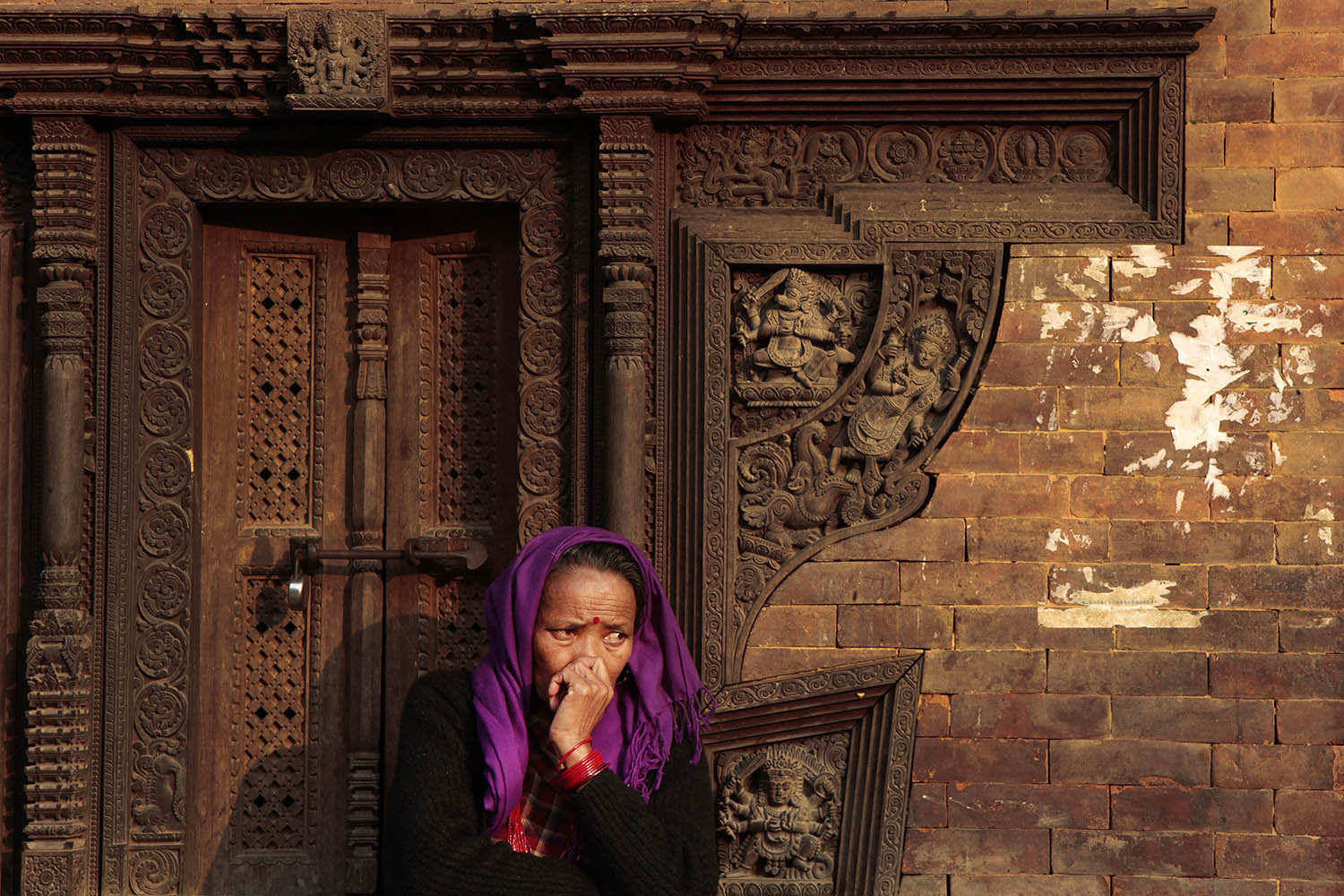 A woman in Kathmandu Durbar Square. 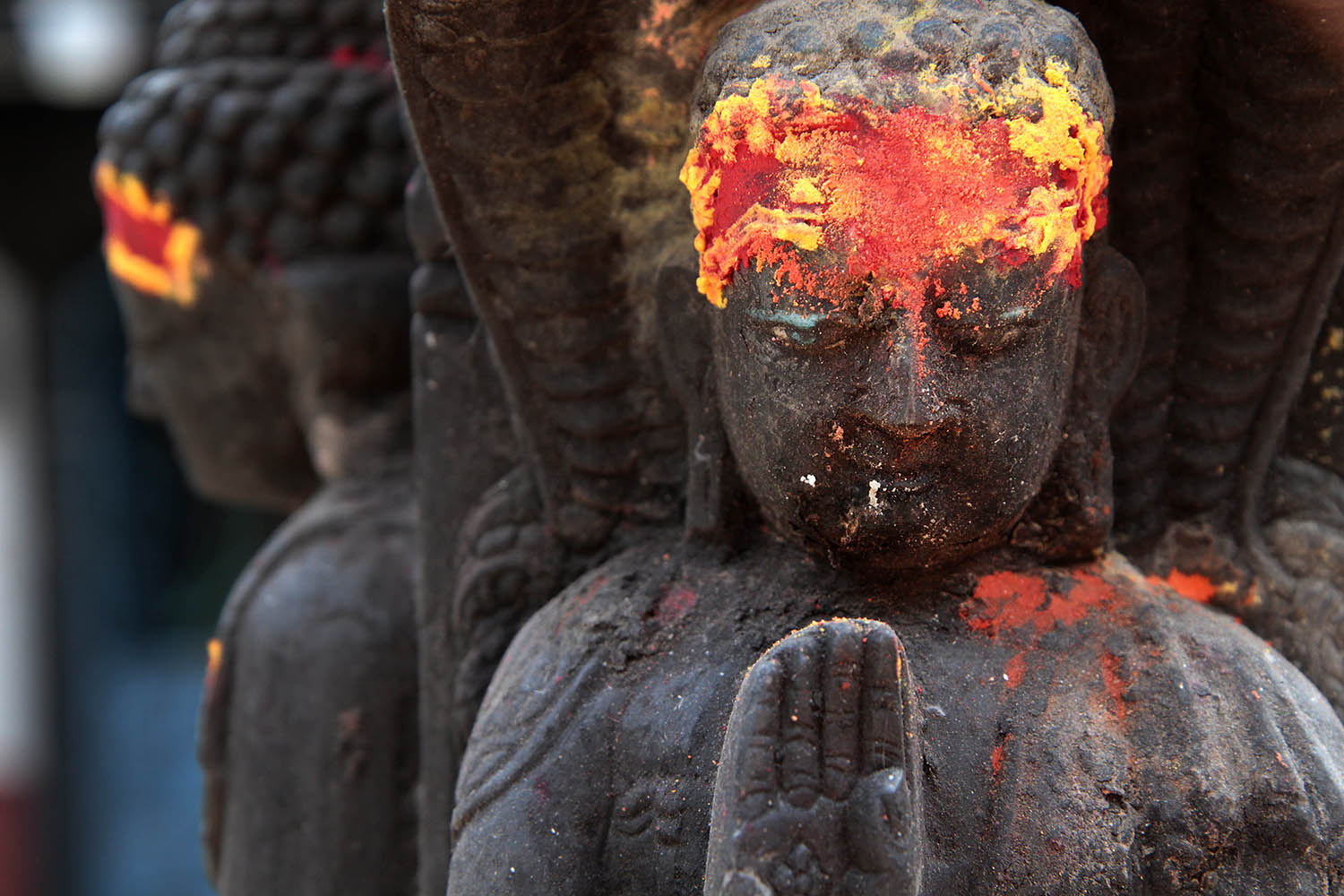 Dye adorns a statue in a small Kathmandu temple. 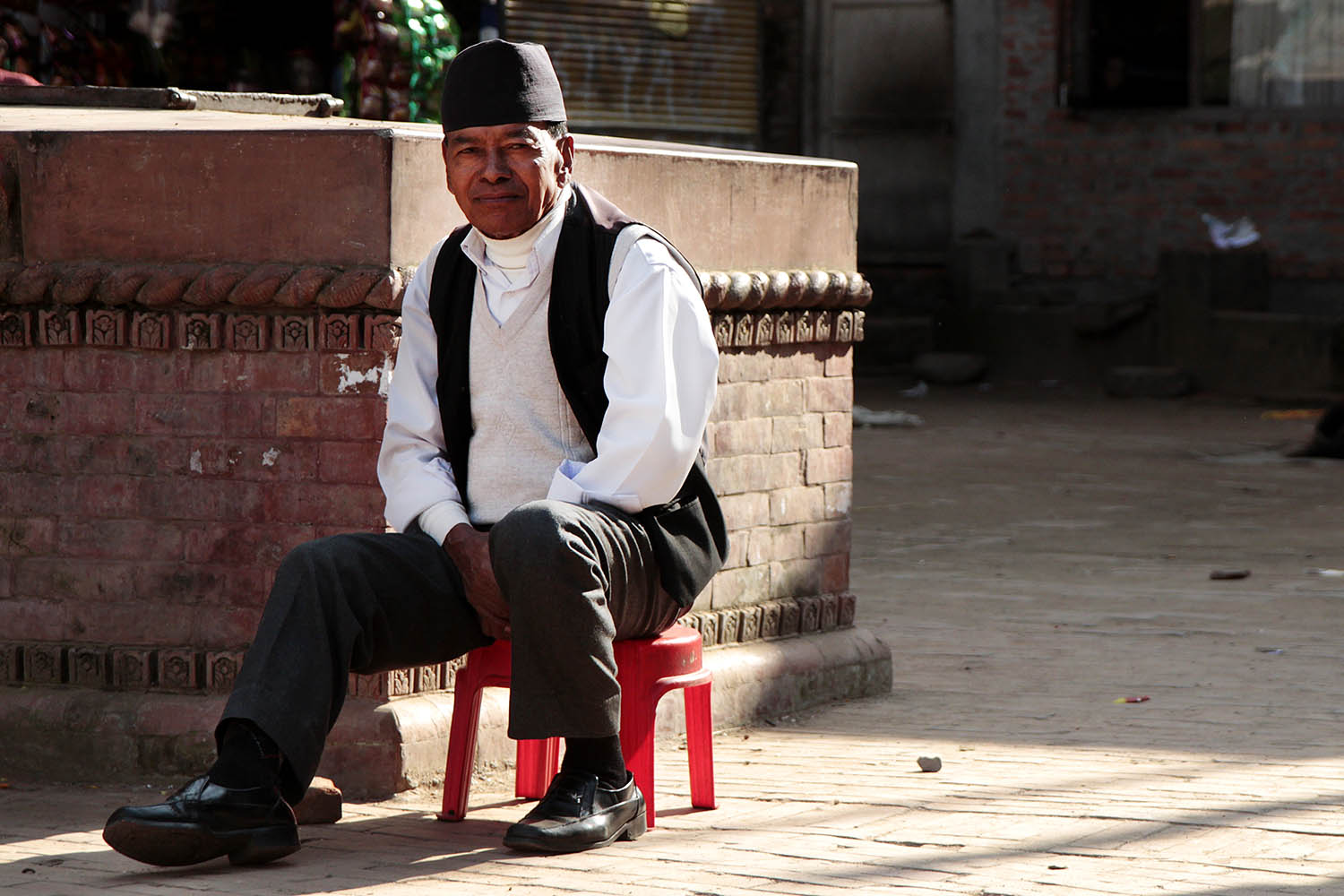 A man relaxes in Patan, an area south of Kathmandu. 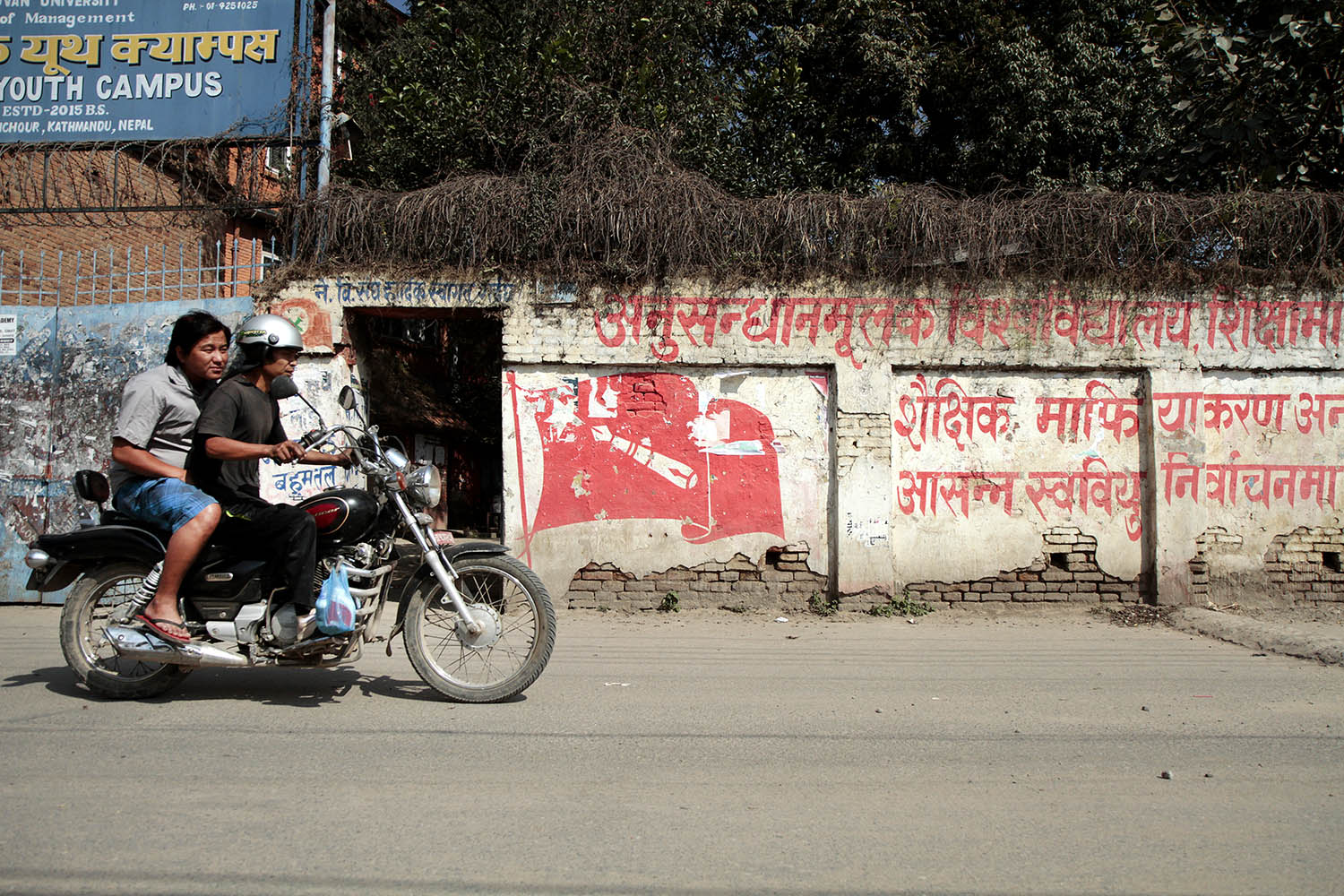 A motorcycle zooms through the streets of Kathmandu. 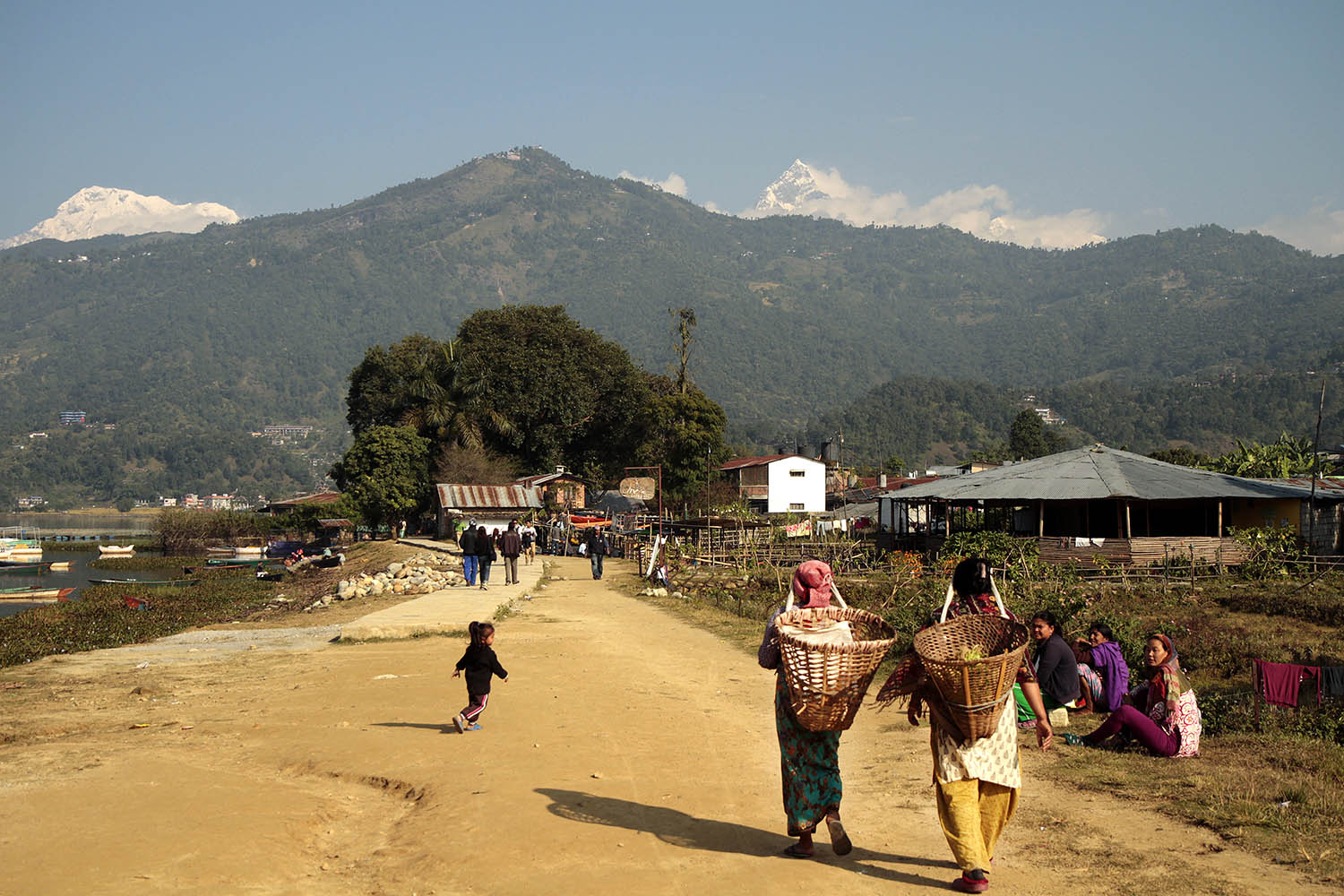 Women carry baskets in Pokhara beneath the Himalaya mountain range. 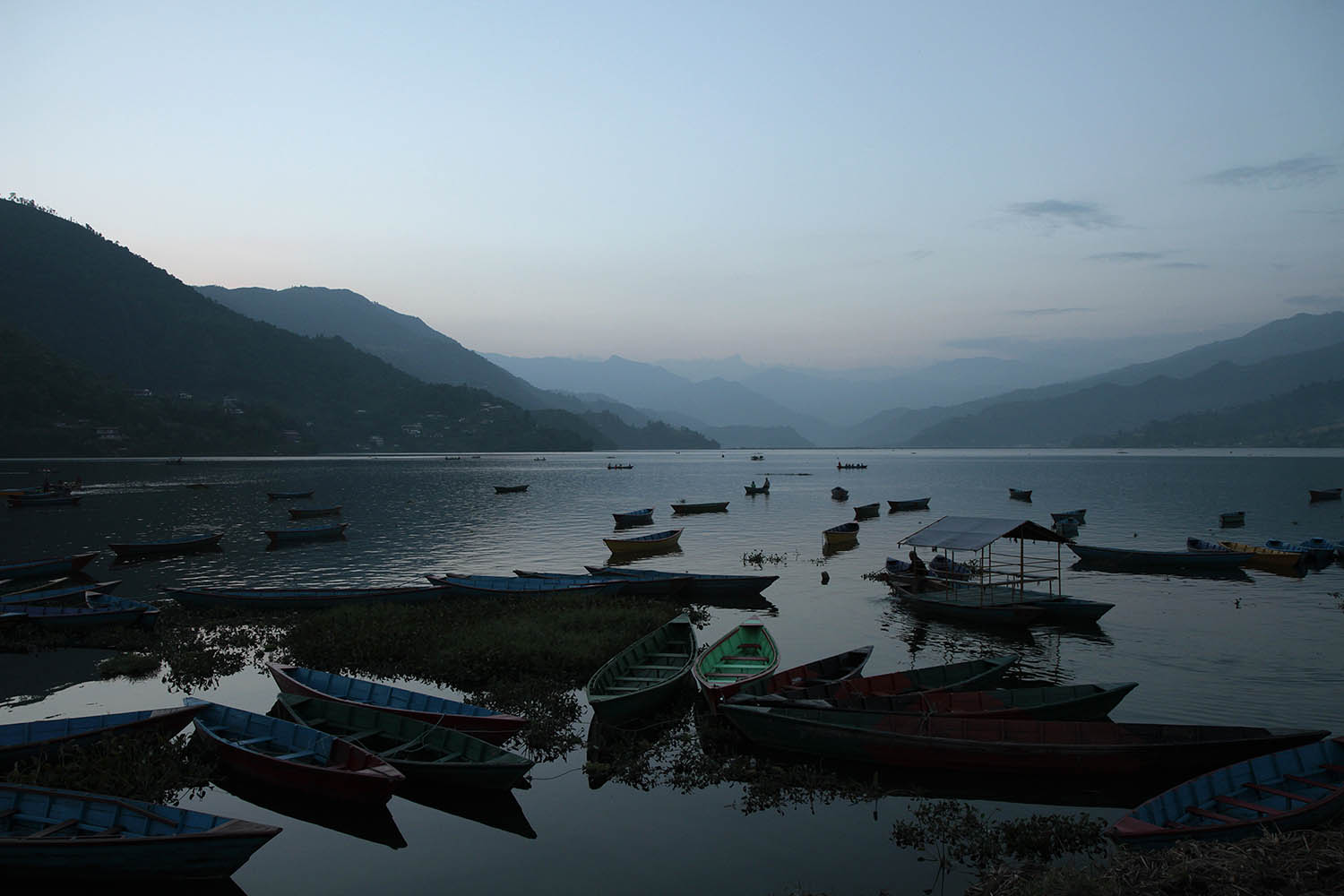 Boats lie empty at dusk in Phewa Lake in Pokhara.