Posted on September 12, 2009 by Jim Buell
Park Güell is a large garden built high on a Barcelona hill during the beginning of the 20th century. Architect Antoni Gaudí, the man behind the Sagrada Família church, designed the park. 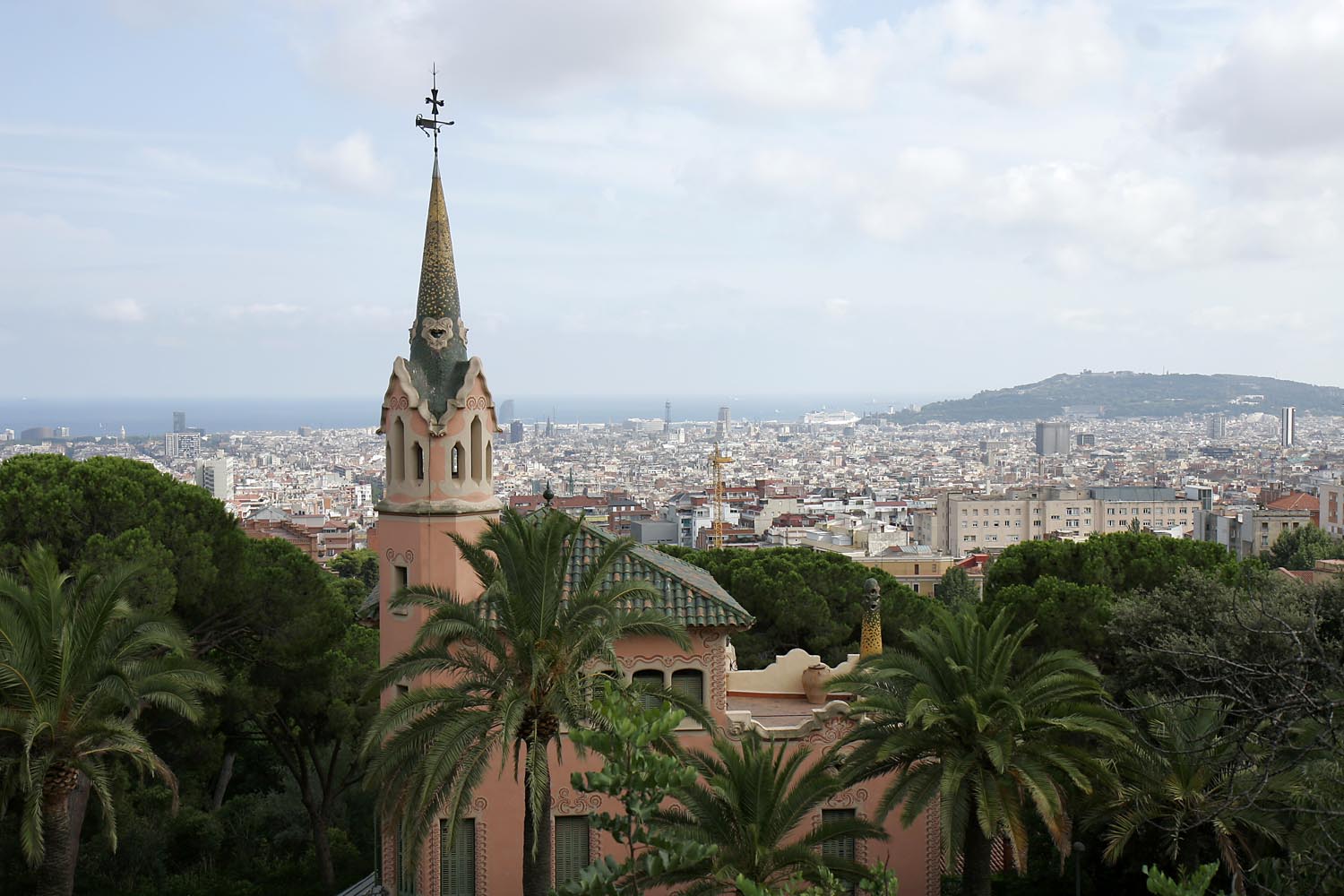 The house Gaudí lived in for nearly 20 years sits overlooking a gorgeous view of Barcelona. (The house was designed by one of Gaudí’s assistants, not by Gaudí himself.) The park was originally designed to be a housing development, but only two houses were built in the area. 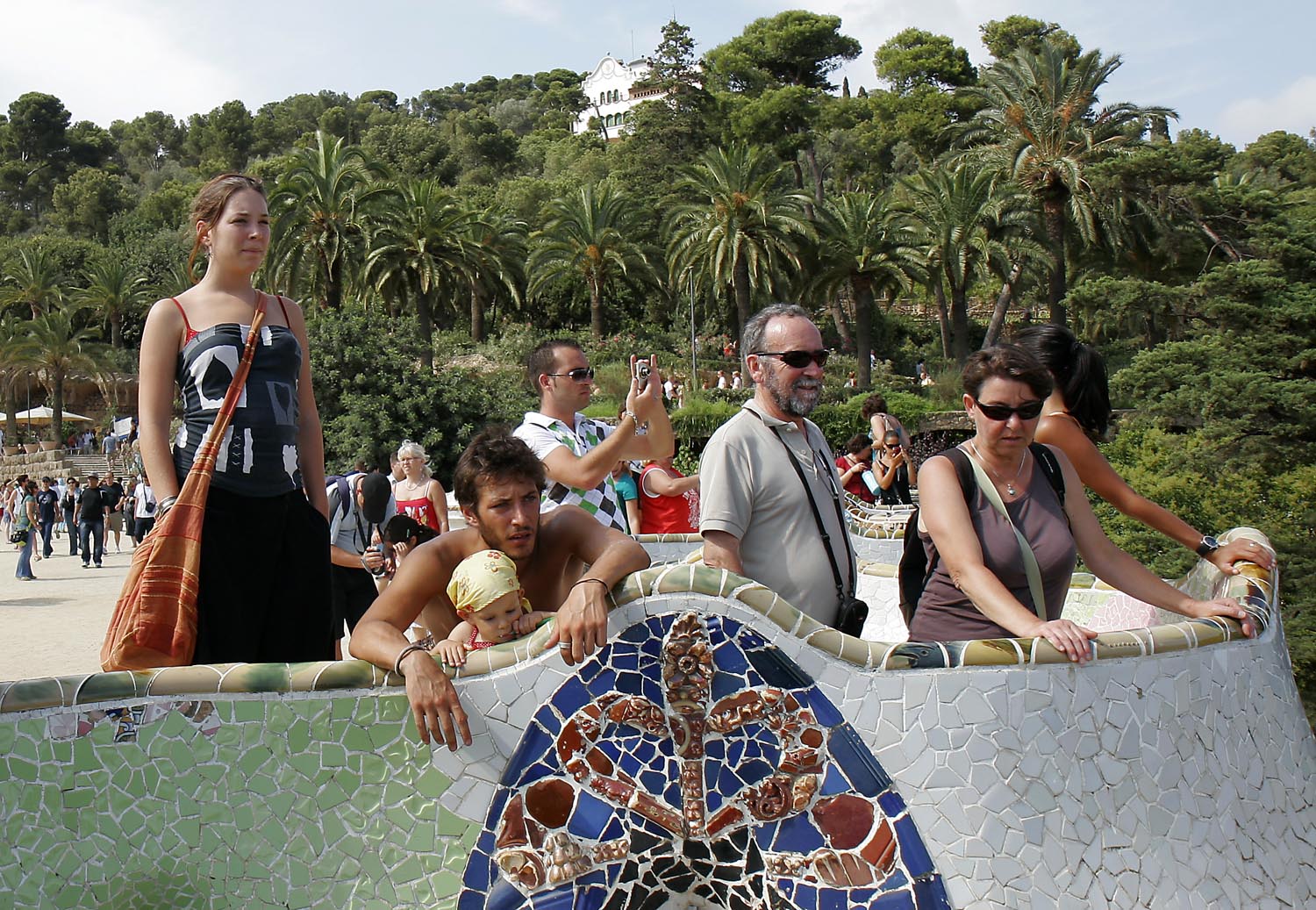 When the housing development failed, the park was converted into a municipal garden. Here visitors look at the city from the park’s main terrace which features mosaics designed by Gaudí. The terrace covers a large open area in which musicians played classical music while I was there. Also note the palm trees in the background giving the park a tropical feel. 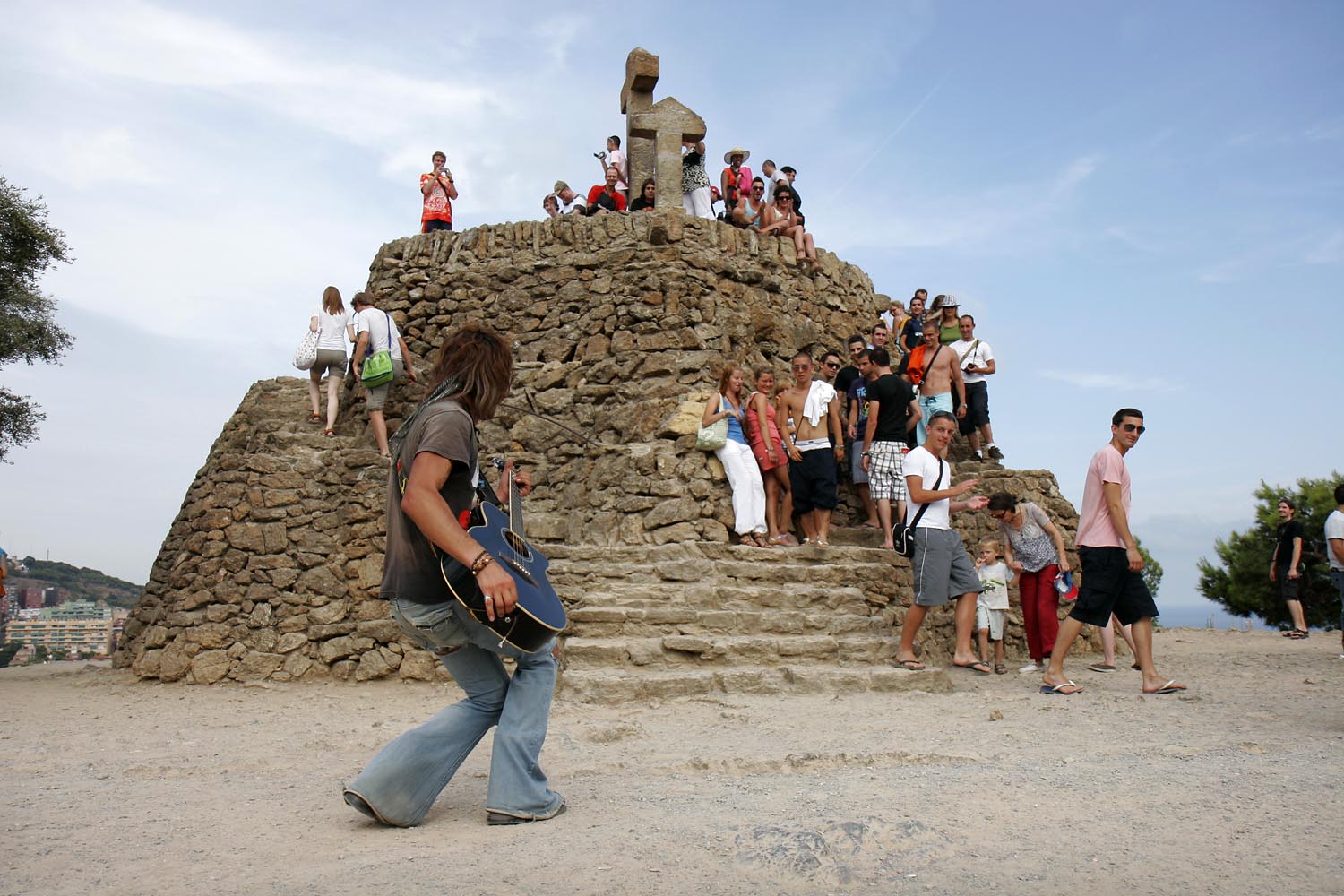 A guitarist entertains a crowd with songs in Catalan or Spanish. Or Portuguese. Or something. The crowd found him funny. I wouldn’t know.
Three crosses sit on the mound here representing the highest point in the park.
Park Güell was one of the most beautiful places I saw in Europe. If you visit Barcelona, make sure you get to this place.
Yours,
Jim Büell
This entry was posted in Uncategorized. Bookmark the permalink.