A thousand years ago, visiting the region of Angkor in Cambodia might have been equivalent to visiting New York today – it might have felt like it was the center of the world. Angkor was the largest pre-industrial city in the world, serving as the seat of the ancient Khmer Empire which controlled much of Southeast Asia from about the 9th to 15 centuries. The civilization had advanced irrigation systems and constructed impressive Hindu, and later Buddhist, temples. Today exploring the ruins of this once-great civilization produces the feeling of being an explorer, stumbling upon something magical and mysterious. 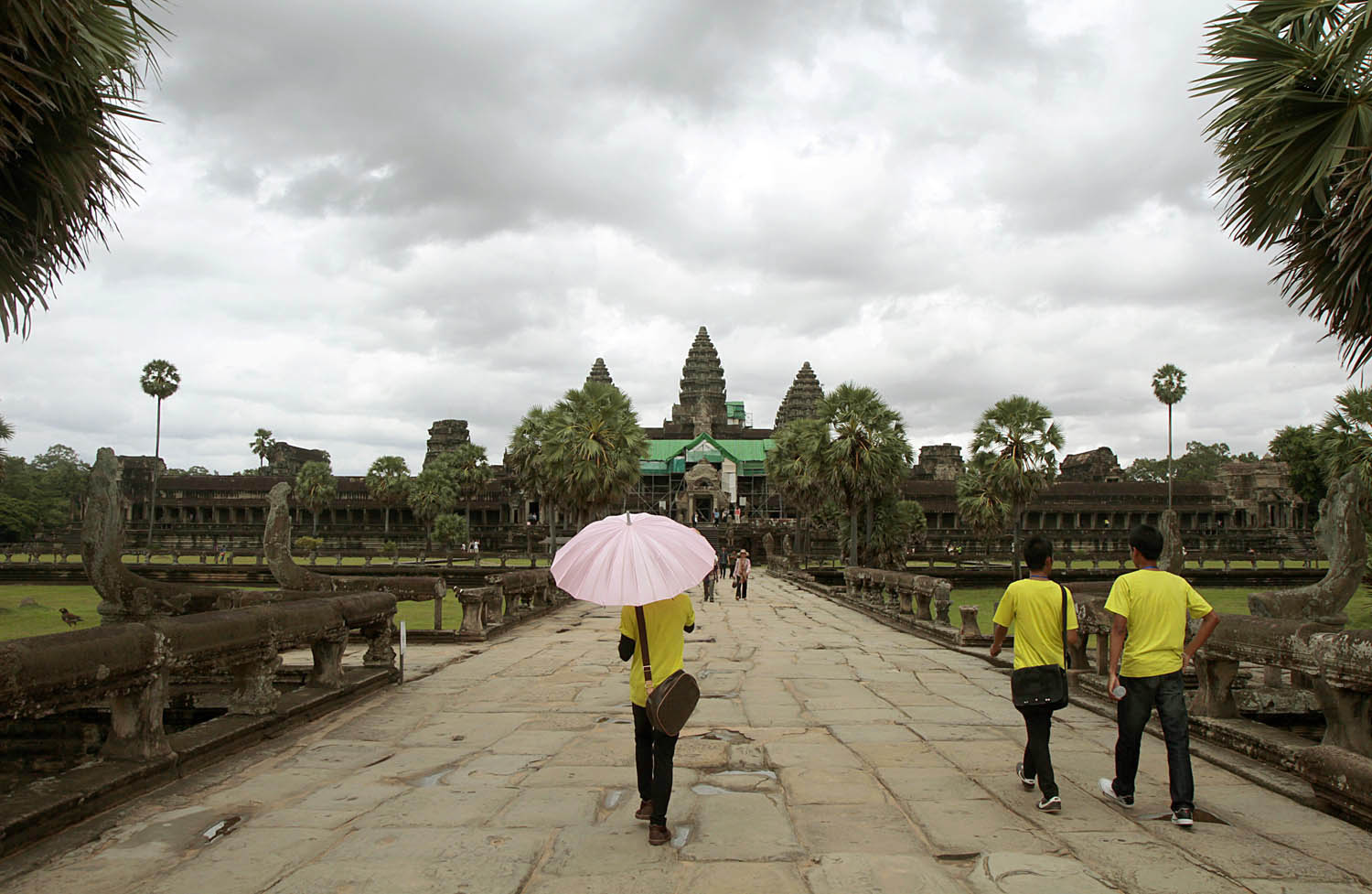 Angkor Wat, the centerpiece of the ruins of Angkor, is the most well know temple in the region in addition to being the largest. Built as a Hindu temple by a Khmer king during the 12th century, the temple later became Buddhist. 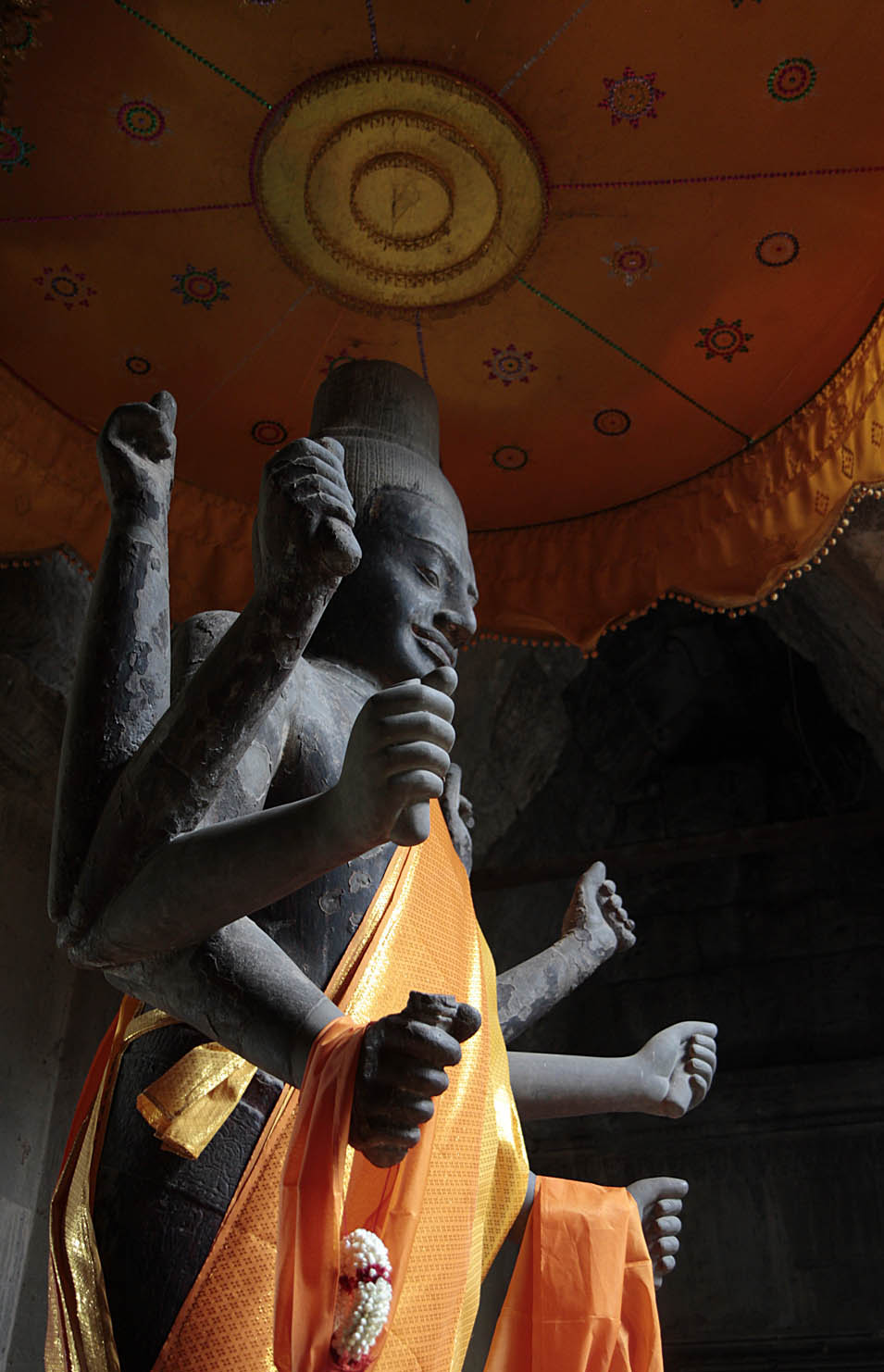 A statue of the Hindu god Vishnu awaits visitors in one of the entrance halls to Angkor Wat. Because Buddhism later became popular in the region, the statue is now treated as a depiction of Buddha. 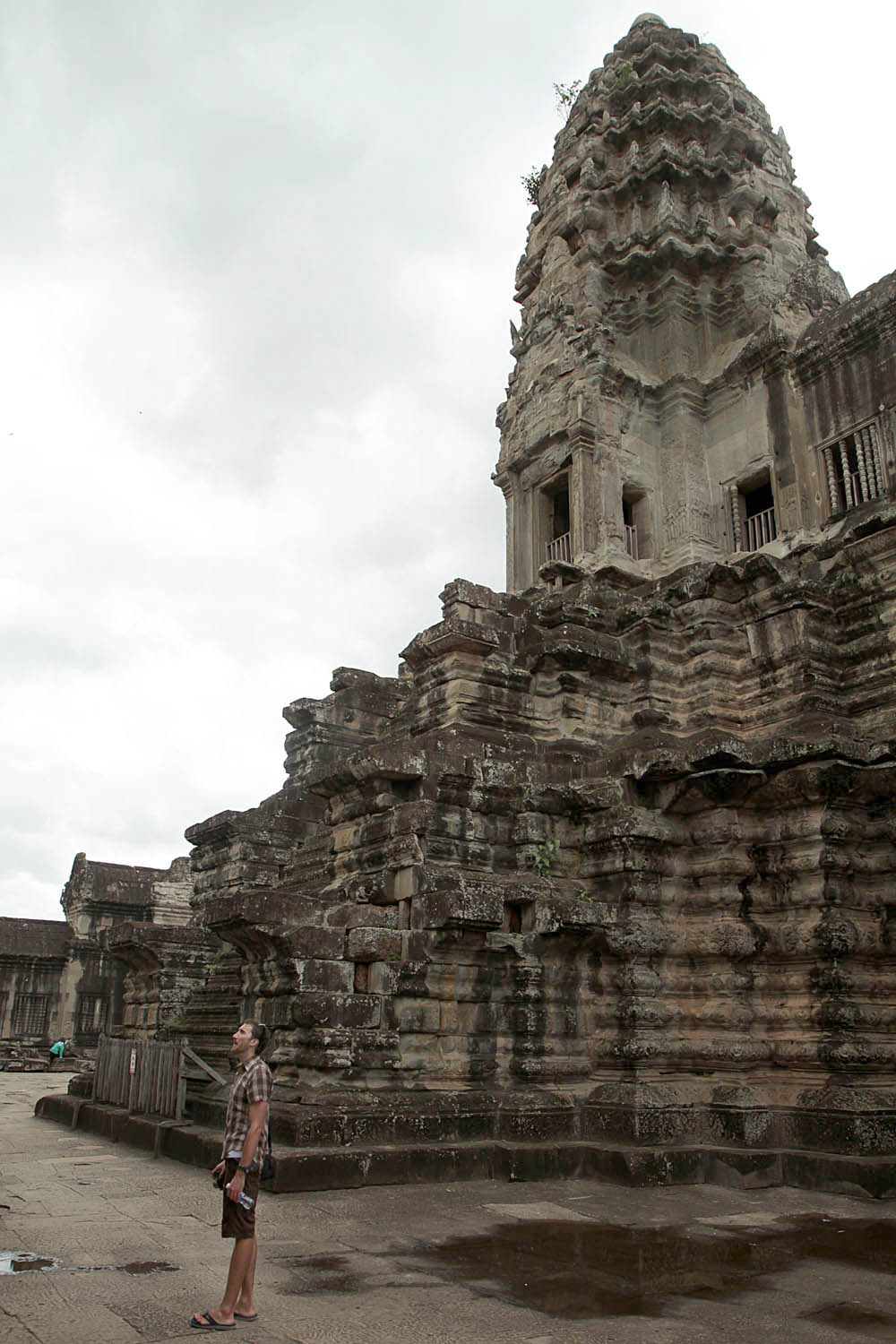 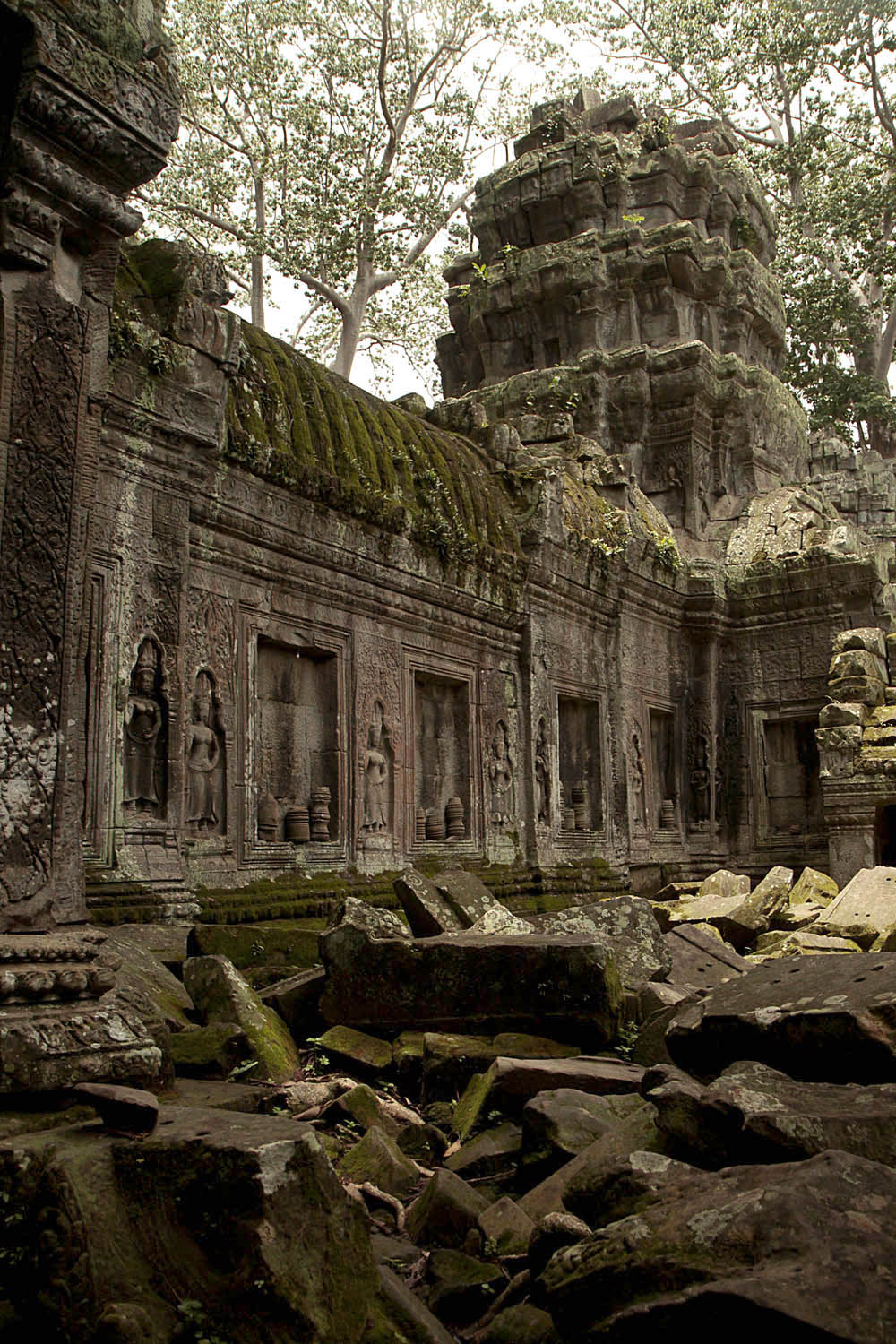 On the left, Matt observes the central structure of Angkor Wat. Angkor Wat may be the most famous of the ancient sites in Cambodia, but it is far from the only one. On the right is Ta Prohm, a Buddhist monastery that has nearly been swallowed up by moss and the surrounding jungle. In other areas, trees snake out of the complex’s walls and ceilings. 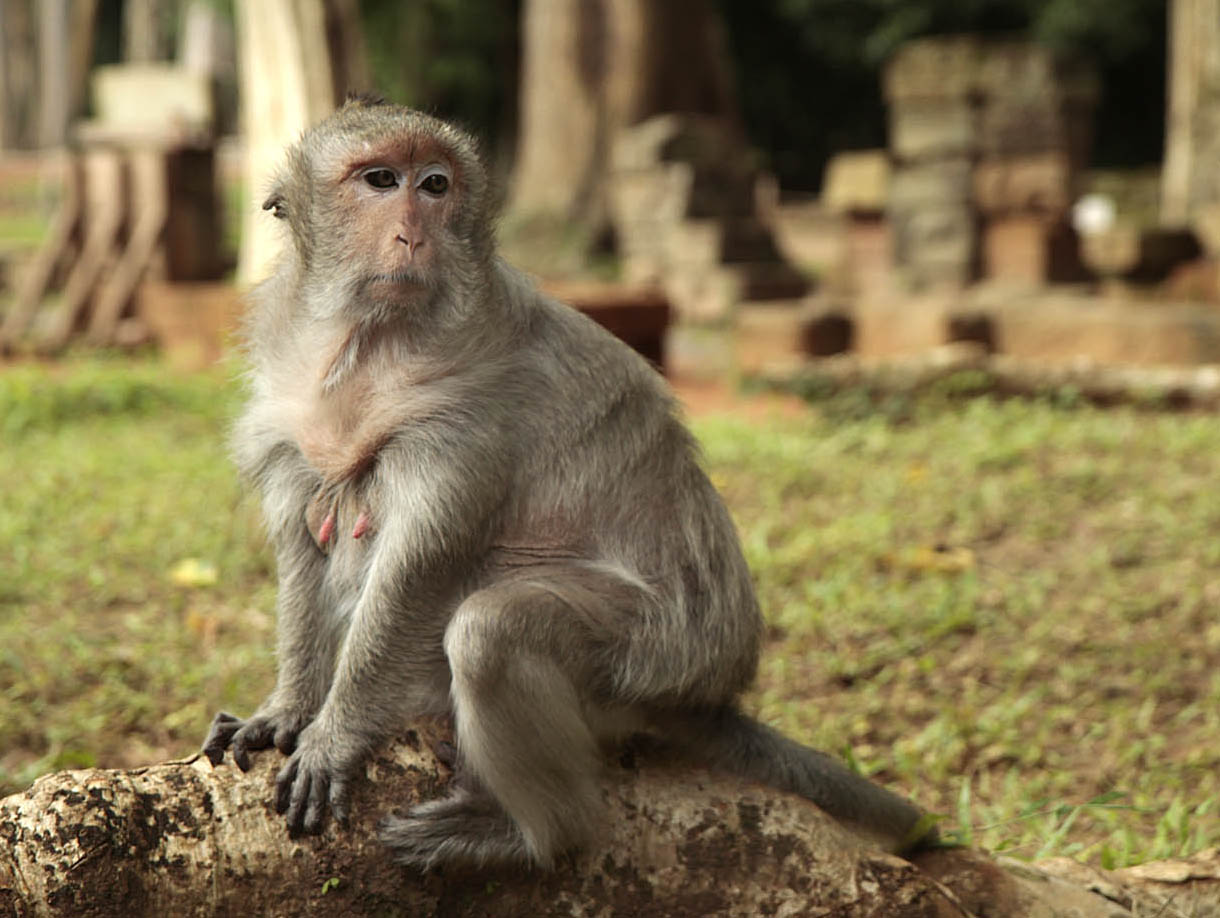 A monkey hangs out on a tree root near Bayon temple. 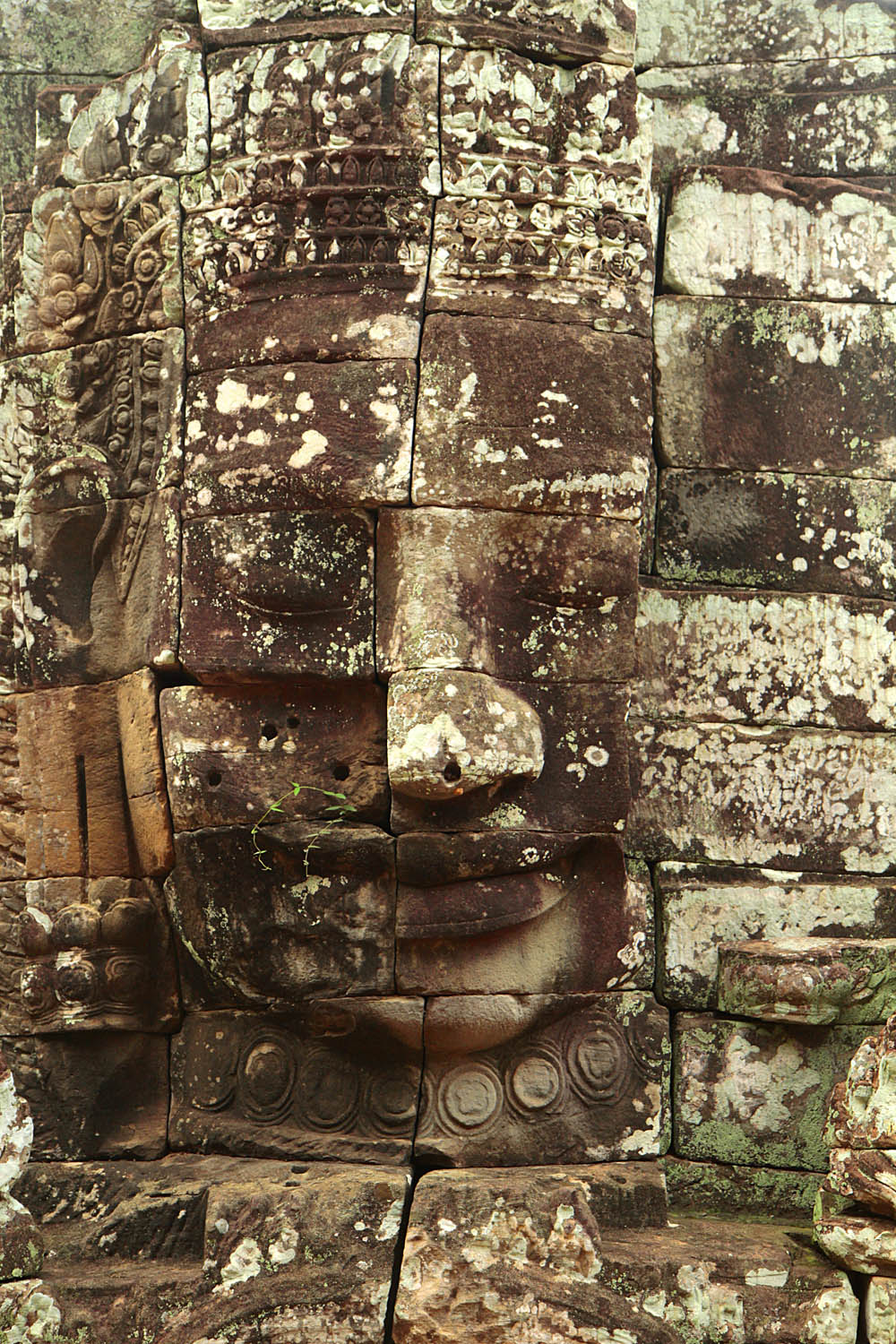 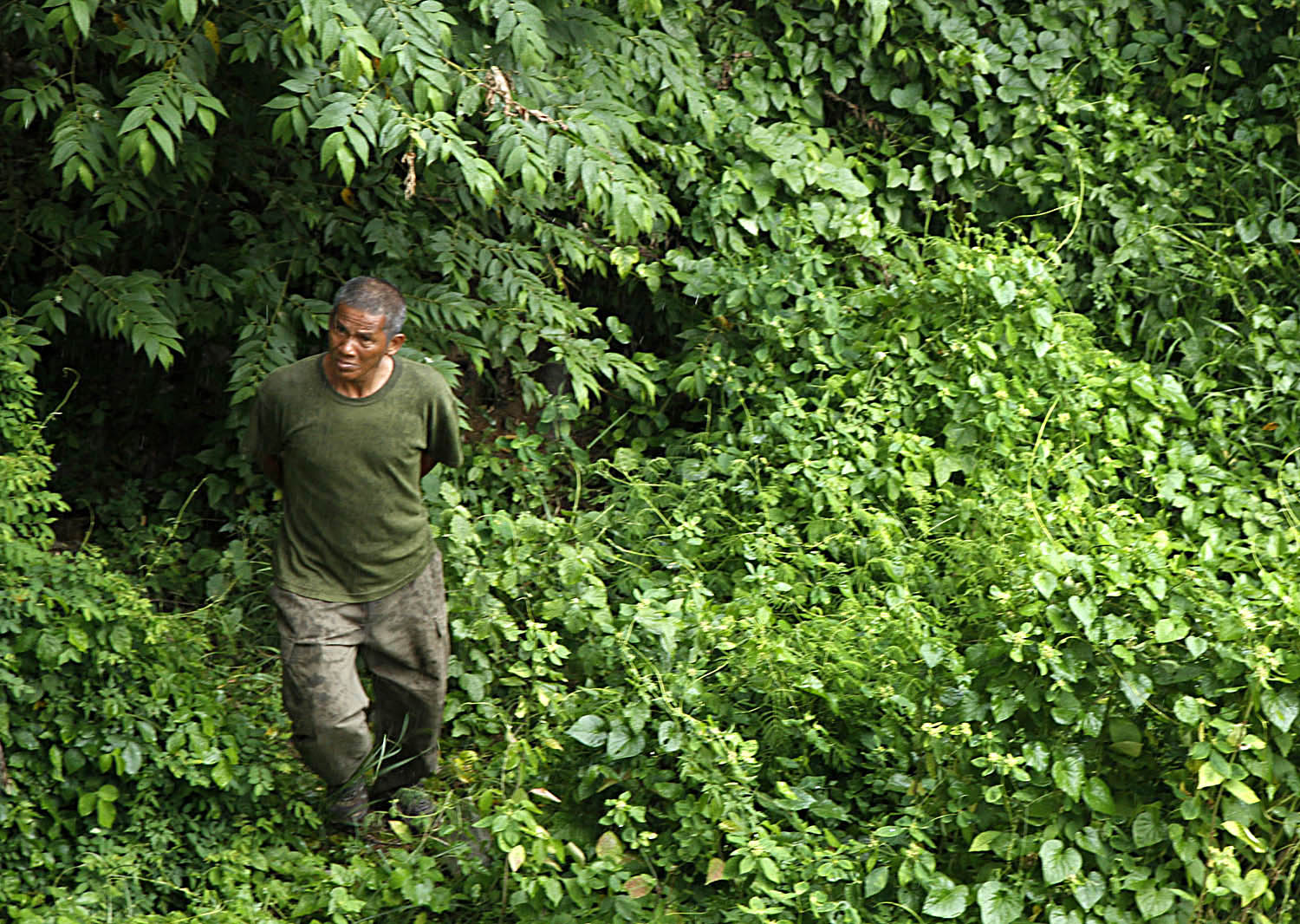 Left, a giant stone face – one of 216 – adorns a tower of Bayon temple. The faces are suspected to be modeled after either a Khmer king, a Buddhist symbol, or both. Right, a Cambodian man rests after a short, but heavy, seasonal rain. 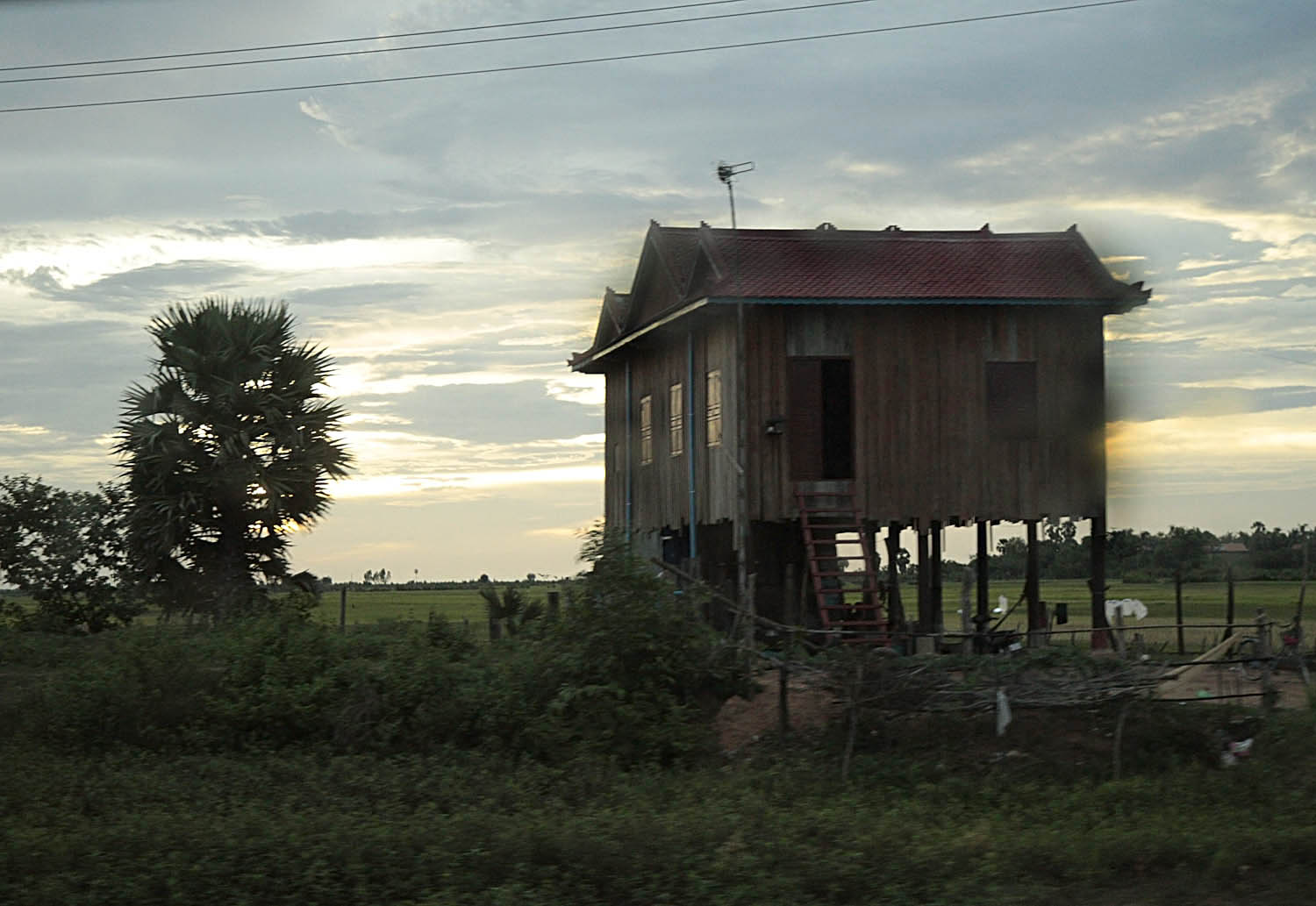 In contrast to the ornate style of the ancient temples, many Cambodians today live in small houses built on stilts to serve as protection against flooding.

This entry was posted in Travel and tagged Angkor Wat, Cambodia. Bookmark the permalink.