Posted on January 1, 2011 by Jim Buell
Over the winter holiday I visited Nikko, a city in the mountains north of Tokyo. Nikko is famous for its shrines and hot springs. 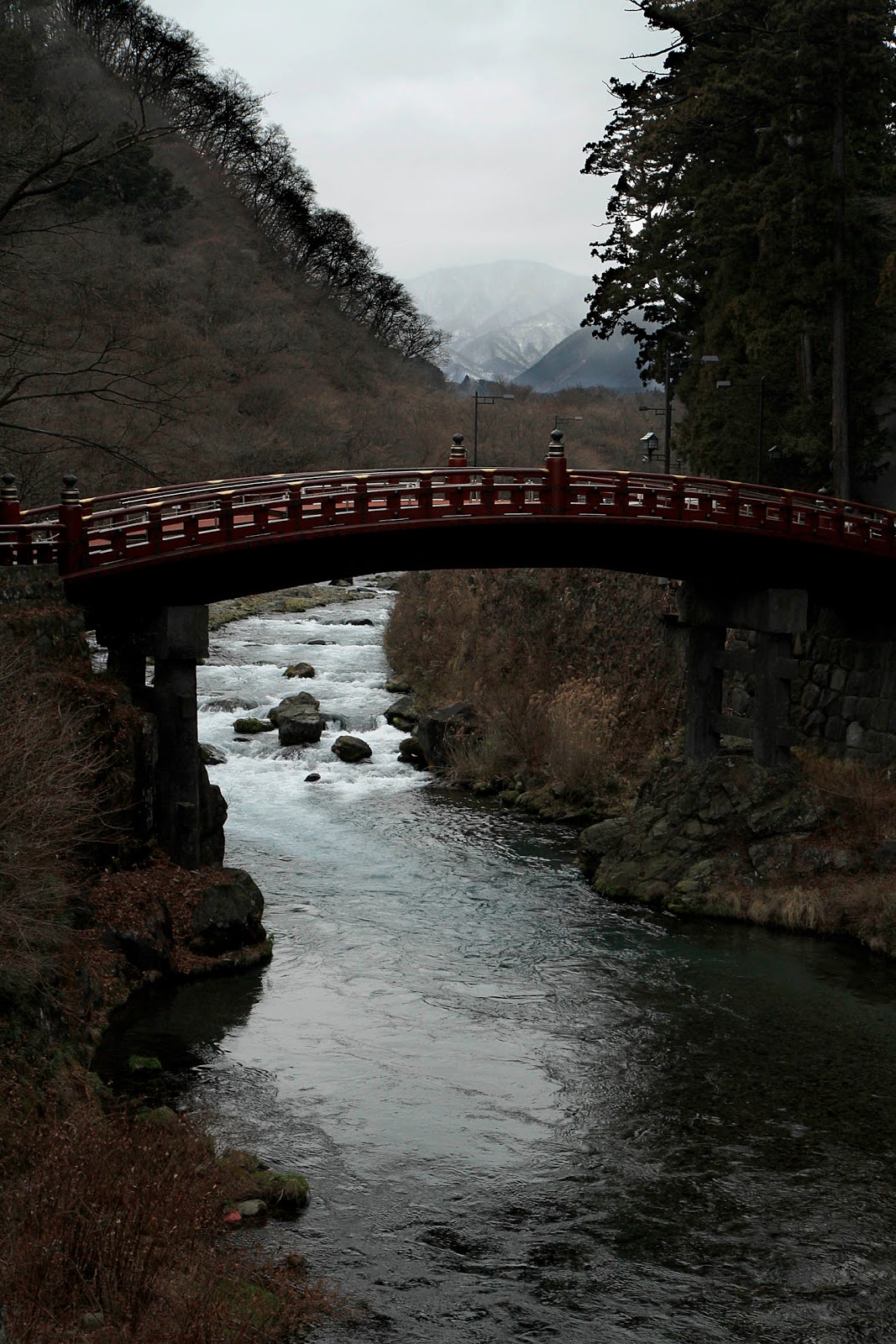 The Sacred Bridge crosses the Daiya River in Nikko. The bridge is part of a nearby temple. 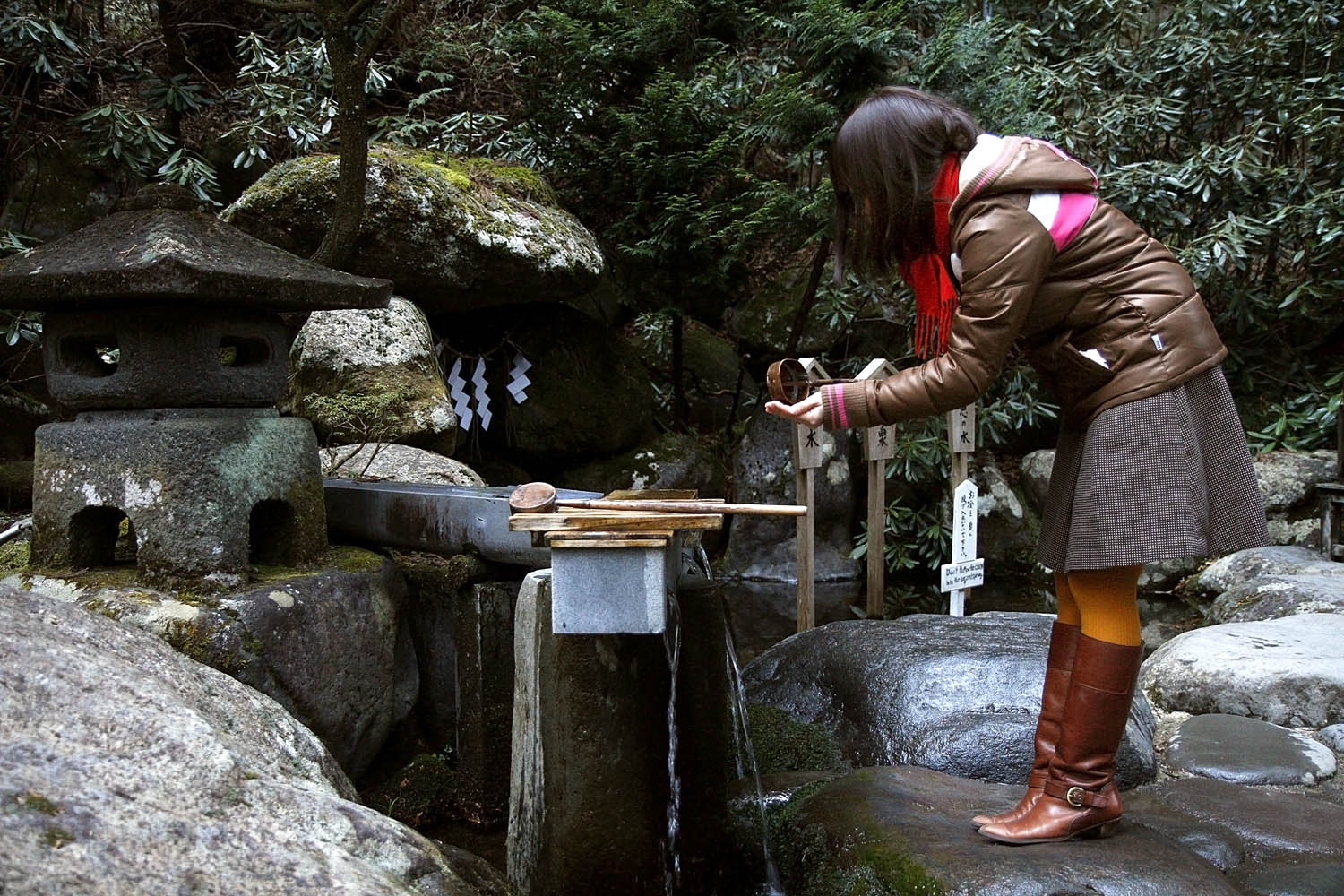 A woman cleanses her hands with spring water in Futarasan Shrine. 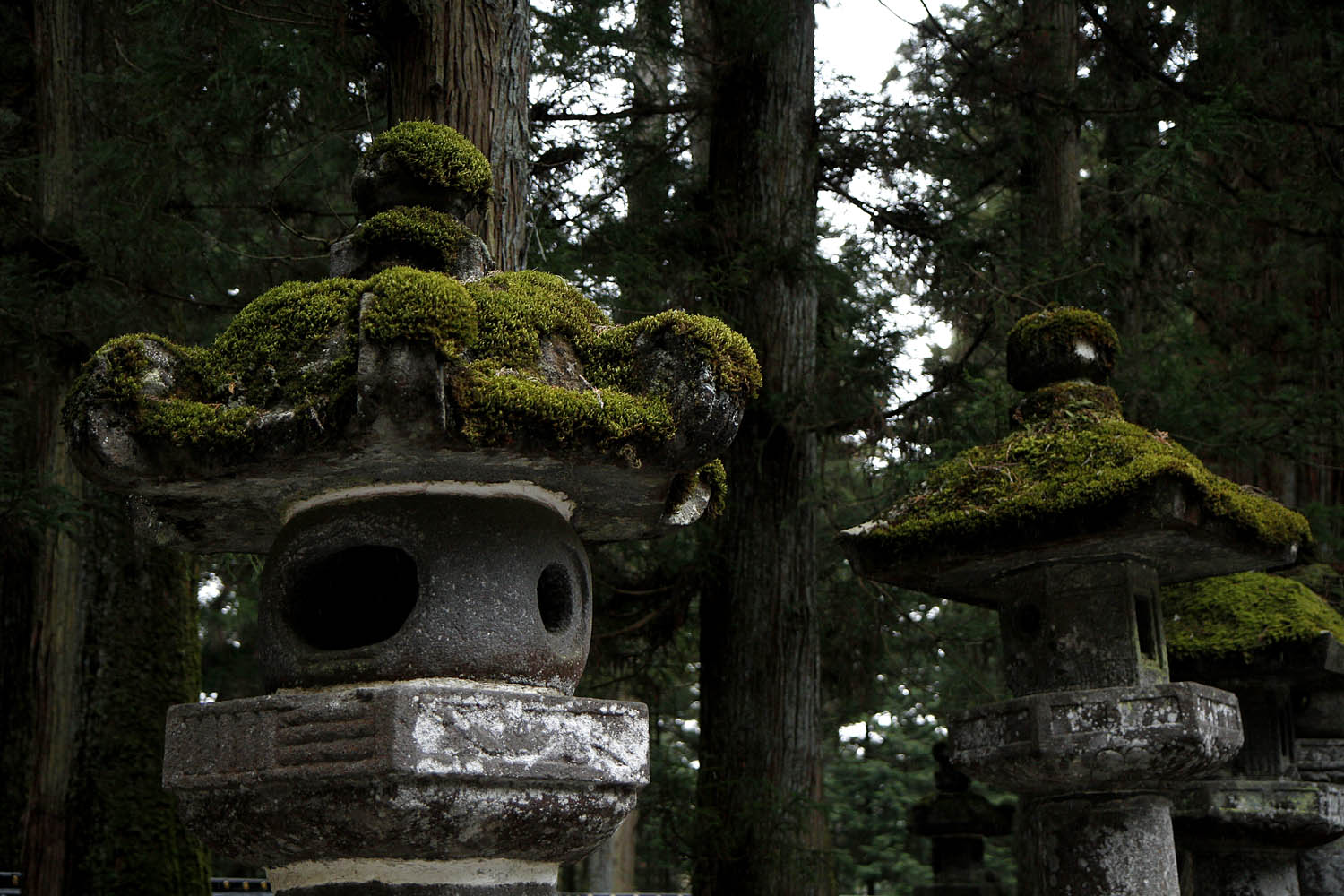 Moss finds a home on lanterns in Tōshō-gū Shrine. Originally lanterns like these served as an offering to Buddha, but later they appeared in Shinto shrines as well. 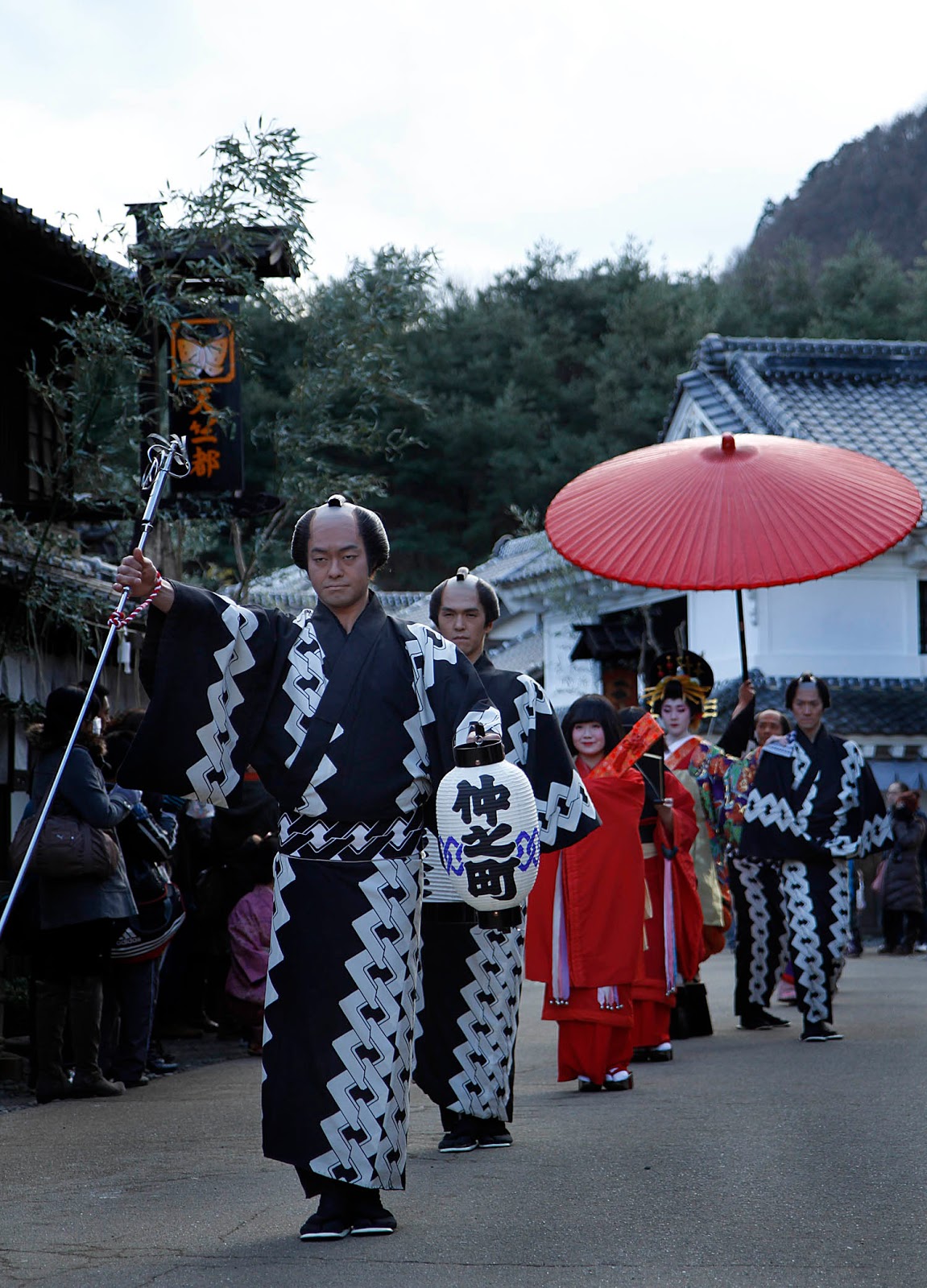 Actors portray an oiran-dochu in Edo Wonderland, a theme park that replicates an Edo-era Tokyo village. The oiran-dochu is a parade of a courtesan, her attendents, and the guest the courtesan is entertaining. 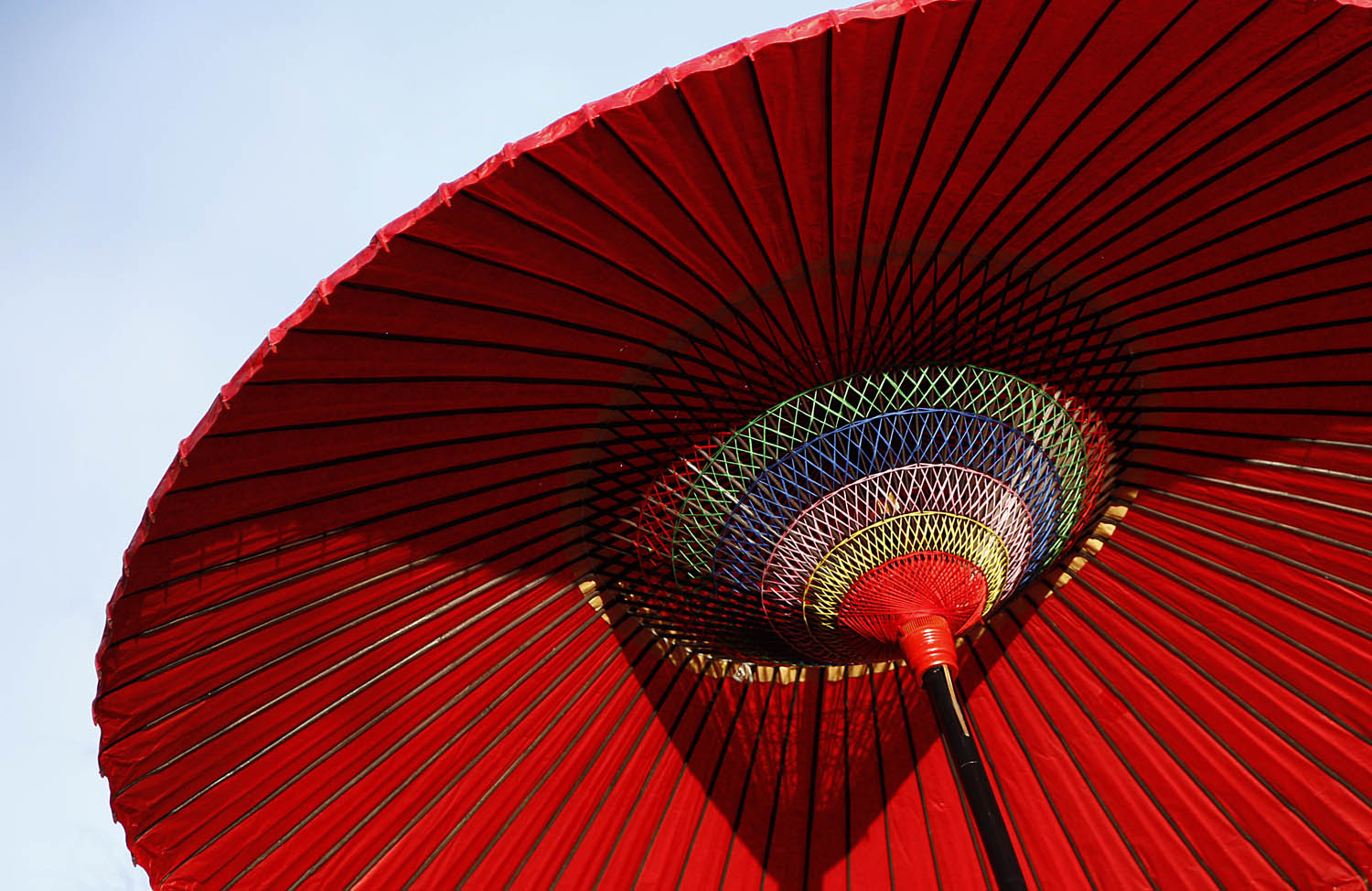 The underside of the courtesan’s colorful umbrella. 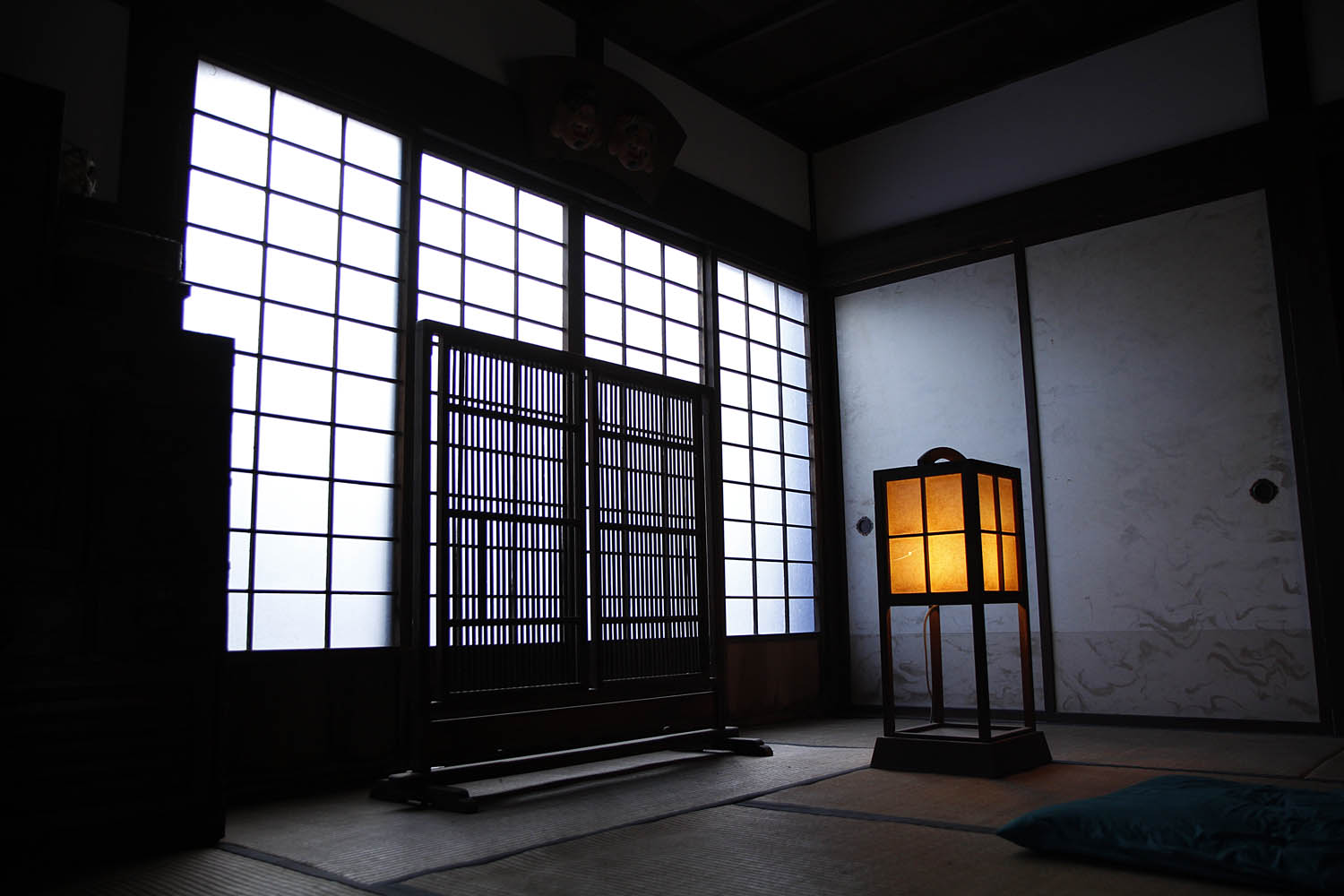 A replica of a traditional Japanese home in Edo Wonderland. The doors are translucent rice paper and the floor is tatami, or straw mats.
This entry was posted in Uncategorized. Bookmark the permalink.