Summer in the Southern Hemisphere

I can cross one more continent off my list: Australia. Though I was confused by Christmas trees set up under balmy weather, and spent a considerable amount of time trying to avoid deadly snakes and insects, I found Australia to be a lovely and even familiar place. The architecture reminded me of the US, as did the beer selection, but there were plenty of exotic creatures to see and places to go. 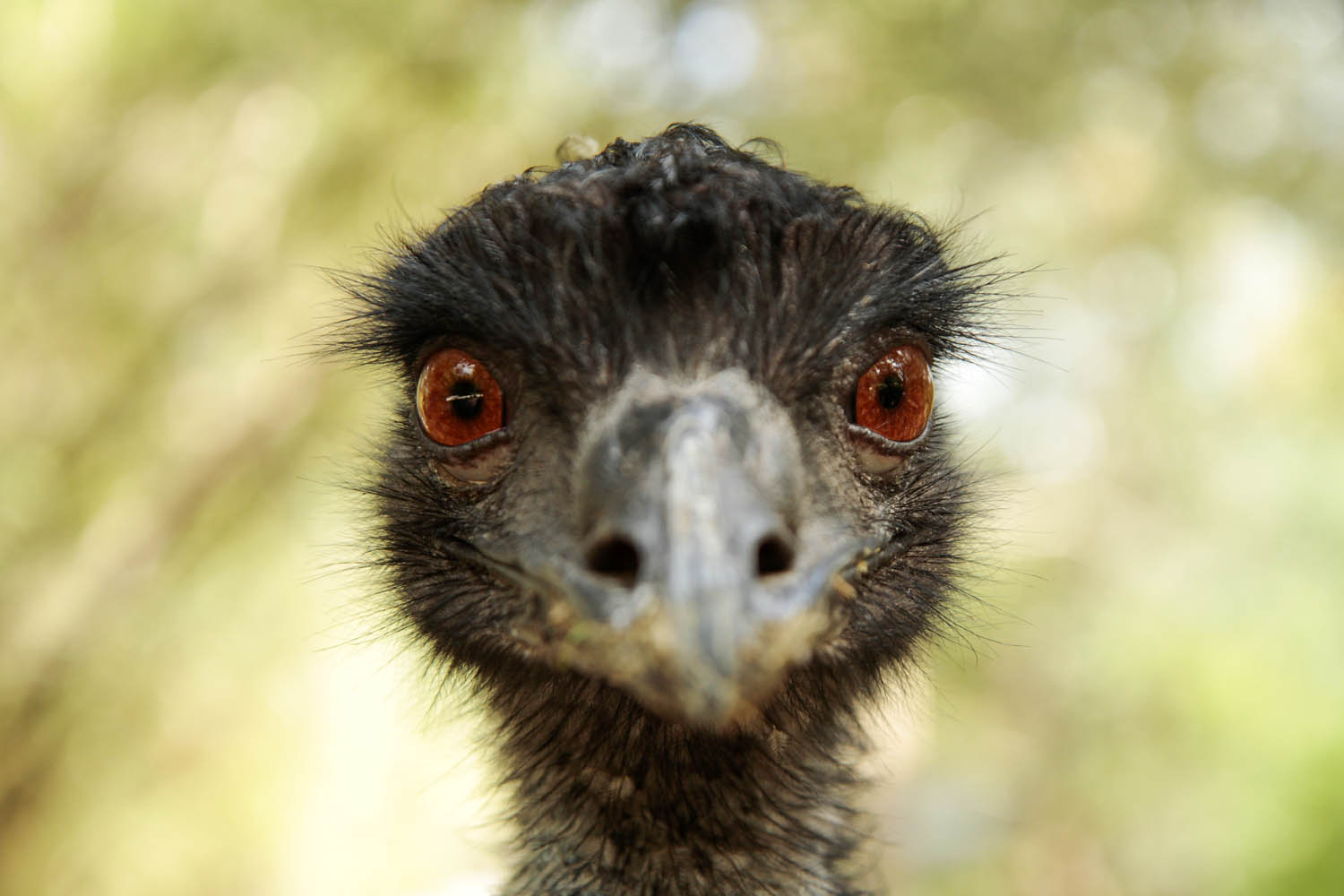 Hello! A friendly Emu pokes his head up at the Healesville Sanctuary near Melbourne. Silly things can’t fly, and it’s commonly believed that they, along with kangaroos, can’t walk backwards. The two “forward moving” animals are on the Australian coat of arms, and it’s said that they represent a country always progressing. But there seems to be some dispute about whether they actually can walk backwards or not. But I digress. 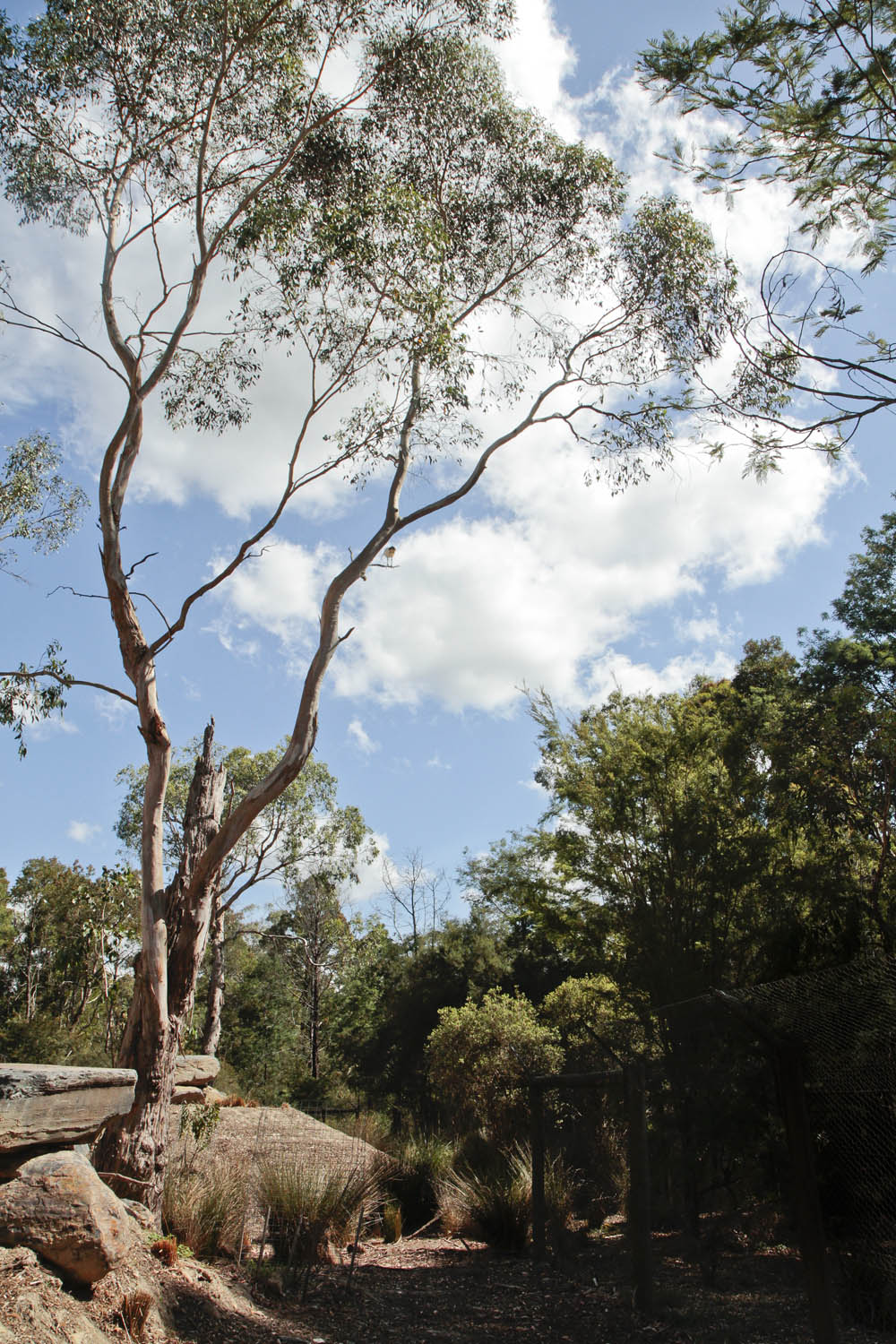 Australian wilderness! Sort of. This is in the Healesville Sanctuary which is located in a rural area, and the scenery beyond the fences looked a lot like this. The animal sanctuary had natural environments for all sorts of Australian animals like kangaroos, Tasmanian devils, dingos and koalas.

Emily works to cut off the “beards” of mussels before boiling them. We collected a few dozen mussels from rocks near the beach shack we stayed in outside of Hobart in Tasmania. The mussels use their beard, technically called a byssus, to cling onto rocks. In non-mussel news, the shack we stayed in barely escaped a large bushfire just a day after we left. 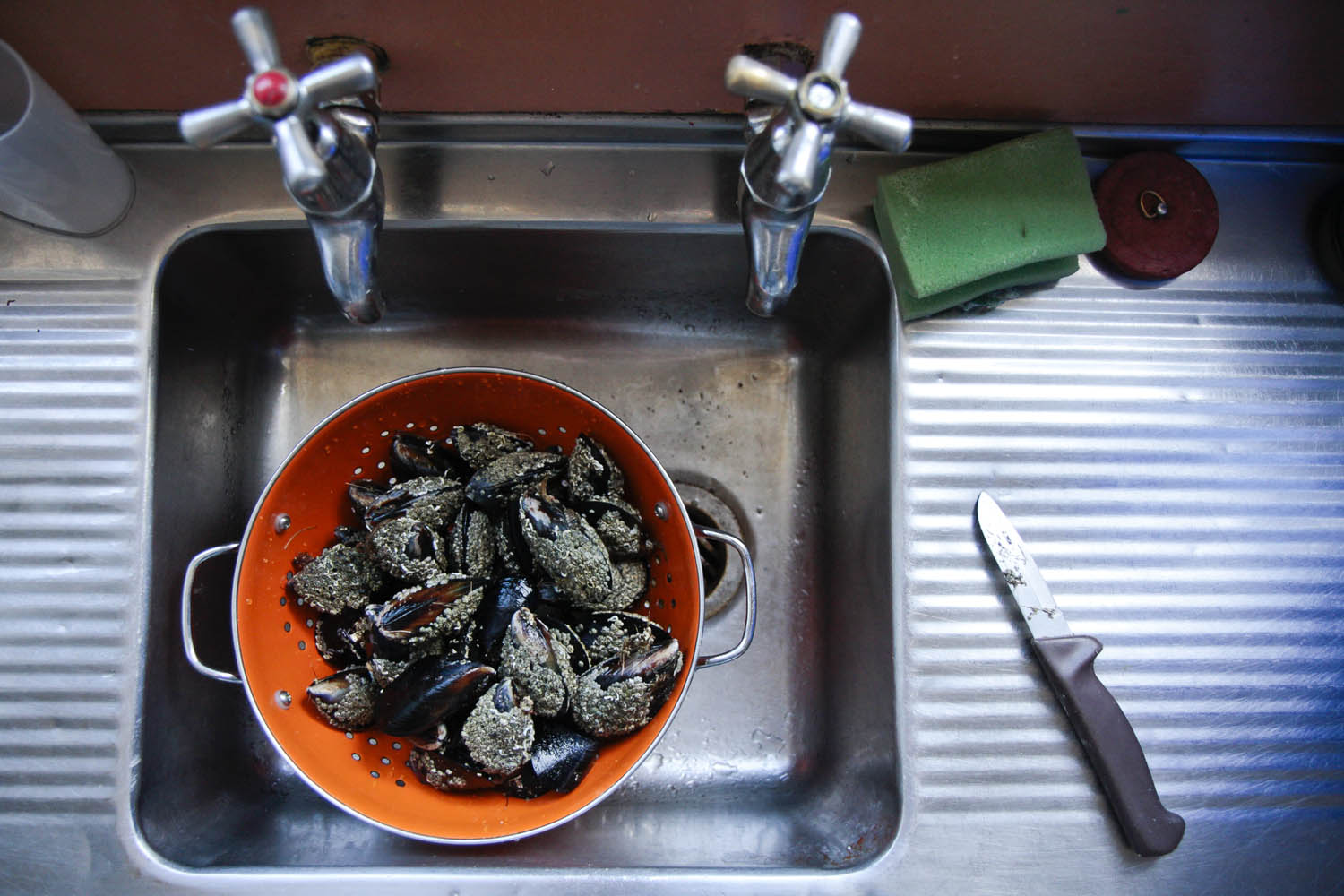 We cleaned the mussels before boiling them in green tea. They tasted incredibly fresh and were just a little bit sweet. 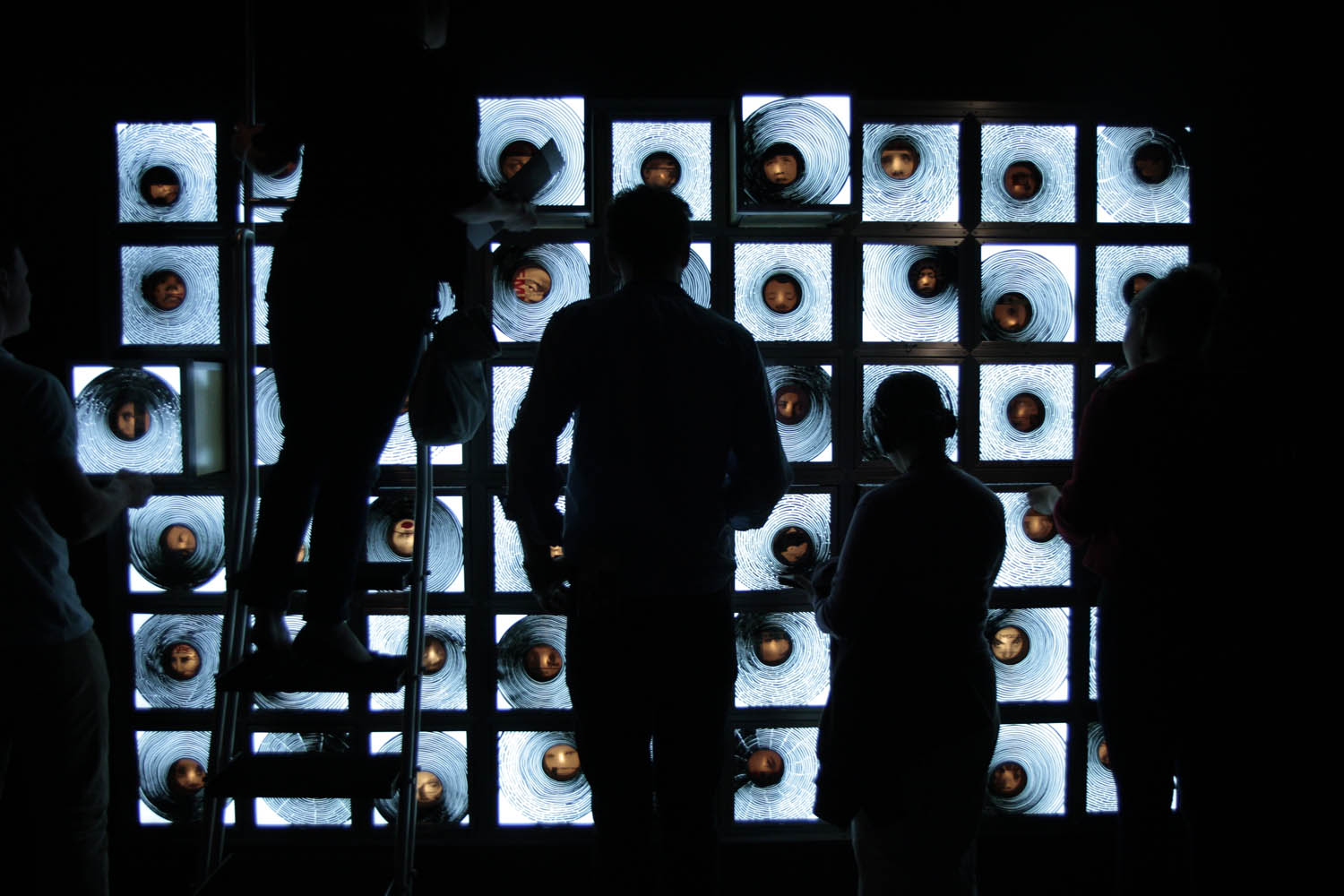 Visitors to Hobart’s Museum of Old and New Art (MONA) interact with a piece of art. Each section of the piece pulled out like a drawer, and a different voice would repeat “I love you.” 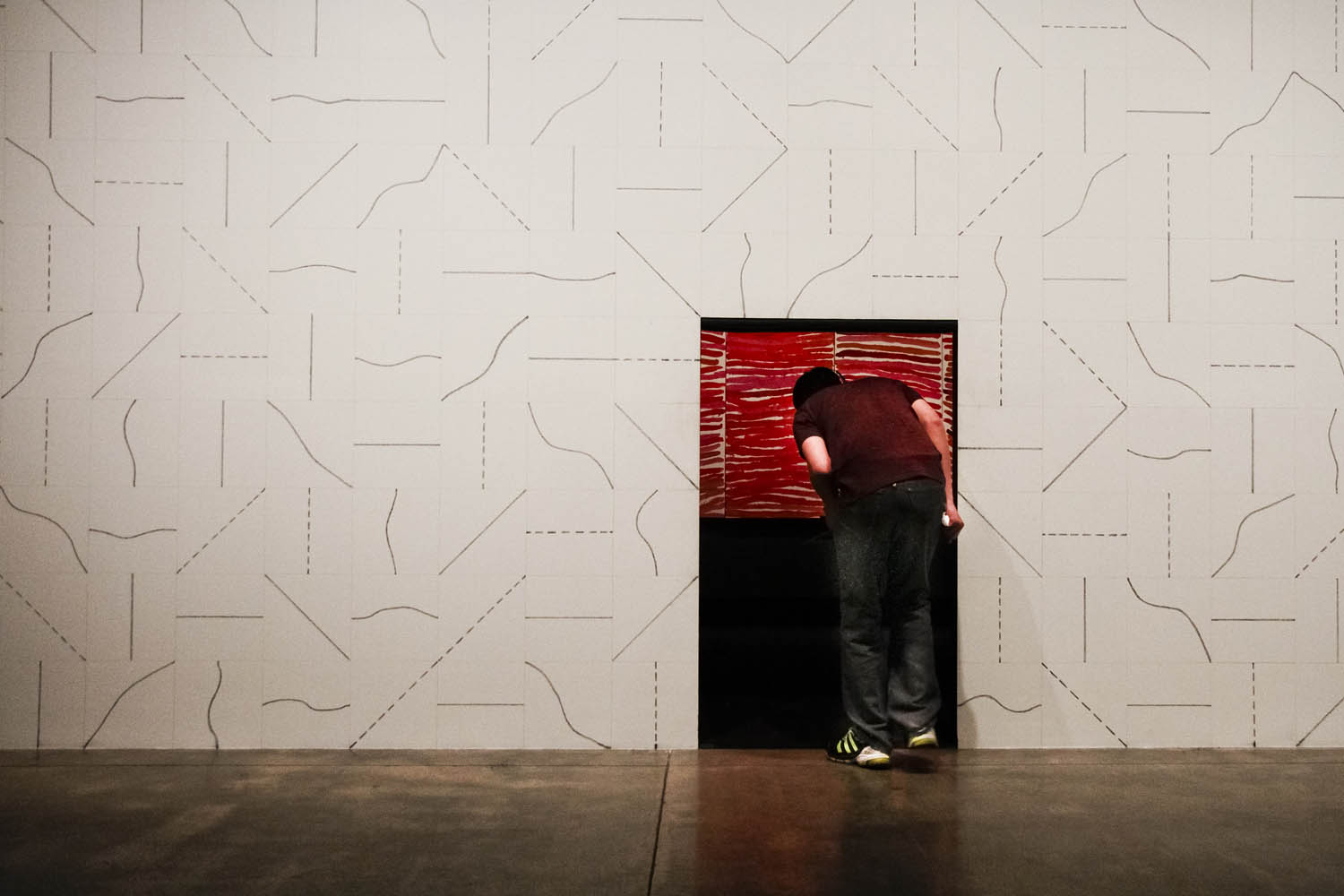 A visitor to MONA ducks into a small gallery. 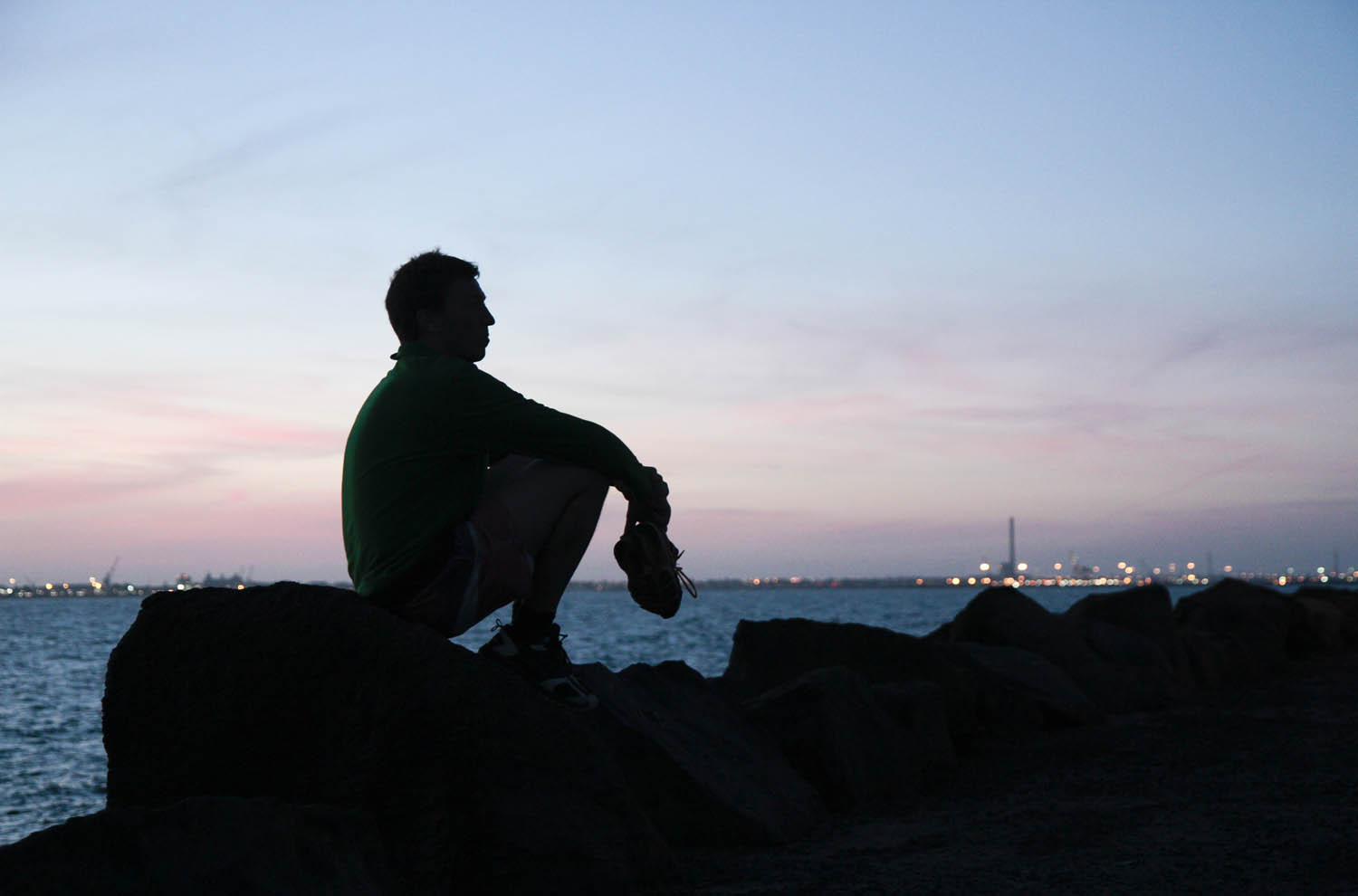 A man in Melbourne waits by the ocean during a chilly summer night to see a flock of Little Penguins, the smallest species of penguin, return to their nests. It was too dark to get a good look at the penguins, but they were probably cute.