Hidden under an unassuming soccer field outside of Tokyo lies a massive column-filled chamber like something out of a video game or an action movie. And indeed, this cavern has been used as a fantastic setting for super hero movies, but its purpose is very practical: flood prevention.

A cameraman for Fuji TV waits between shots while filming a TV show in the huge cave which lies near the end of an extensive anti-flooding system. The system diverts water from swollen rivers into a 6.3 kilometer-long tunnel. The tunnel ends in this cavern where potentially-surging water pressure can be controlled before it is pumped out into another river that can handle the water. Each of the pillars is 18 meters high and weighs 500 tons. 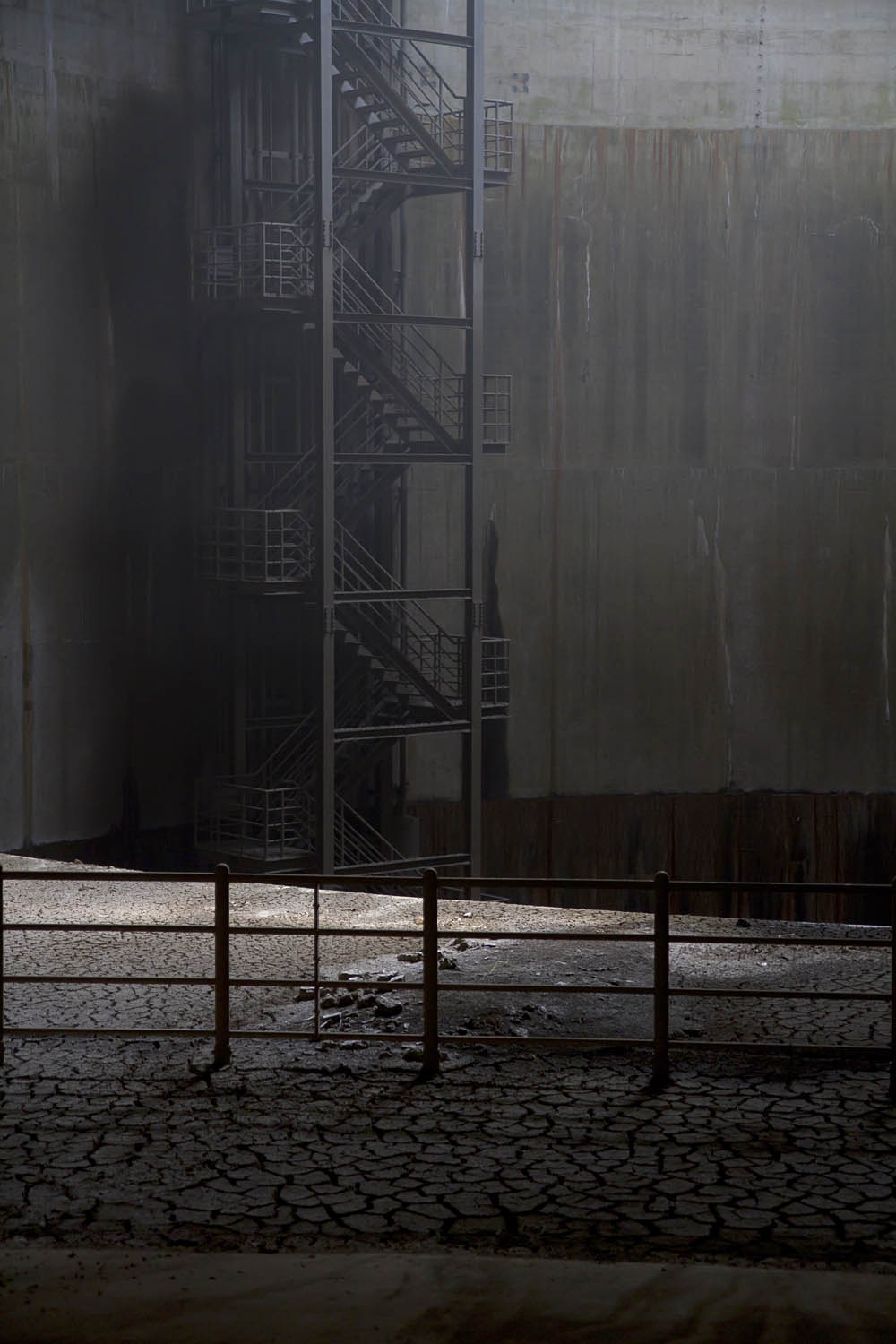 The remains of dried dirt cracks near stairs leading down into a 72 meter-deep shaft that is used to contain excess water before it flows into the cavern. When the system is not in use, and the water is drained, the area is open to tourists.