I’m working on a project for a Japanese newspaper right now. There isn’t much more detail to the assignment than that. They want to me shoot something. The photo directors I talked to said they liked the angles at which I shoot subjects eyes. So I’m thinking about that a lot at the moment. Here are some things I’ve been working on for the project. 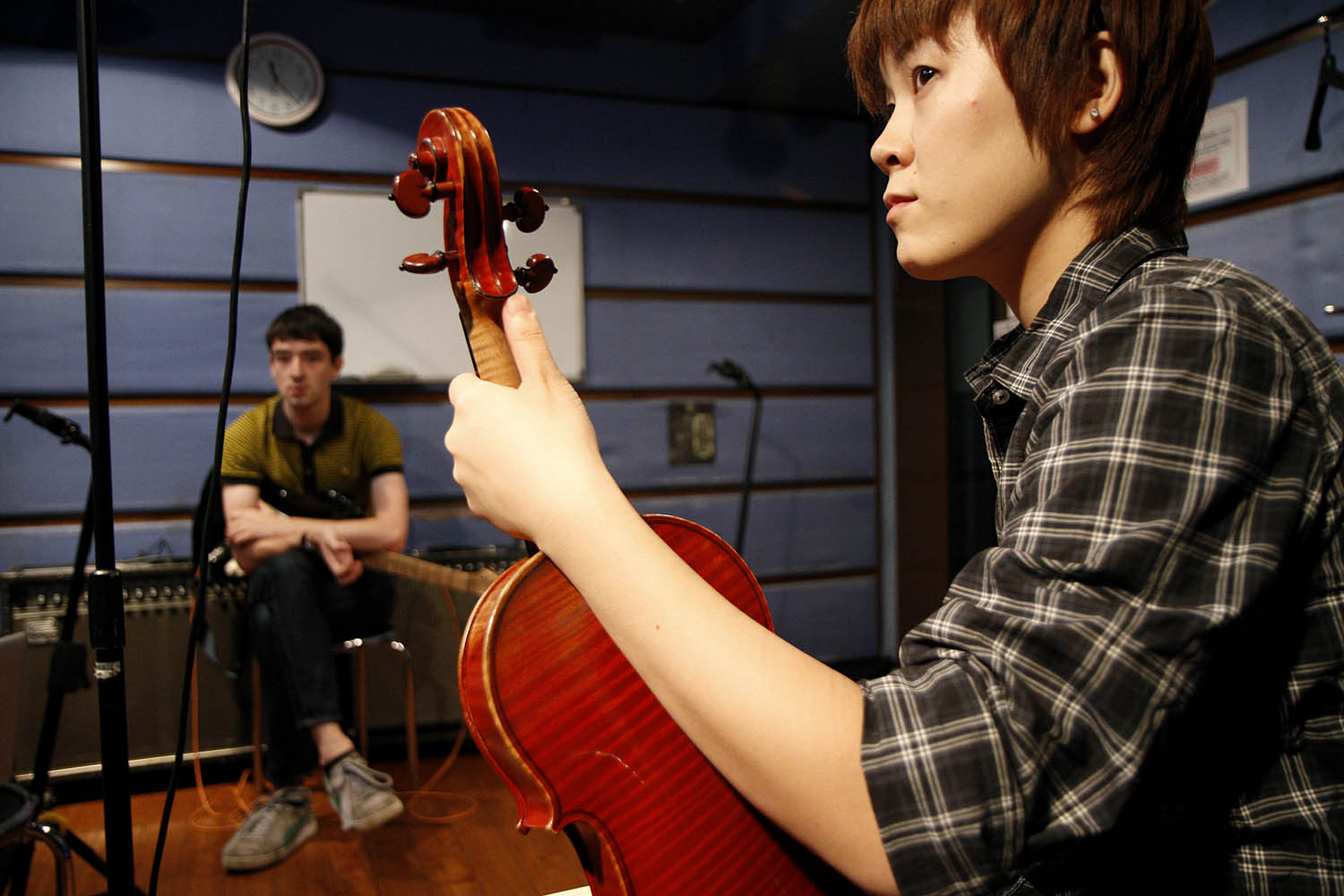 I think this is an example of the “eye photos” that the directors liked. Here Ayako Okunuki waits between songs while playing violin with the band Pamfu in a studio in Shibuya, Tokyo. 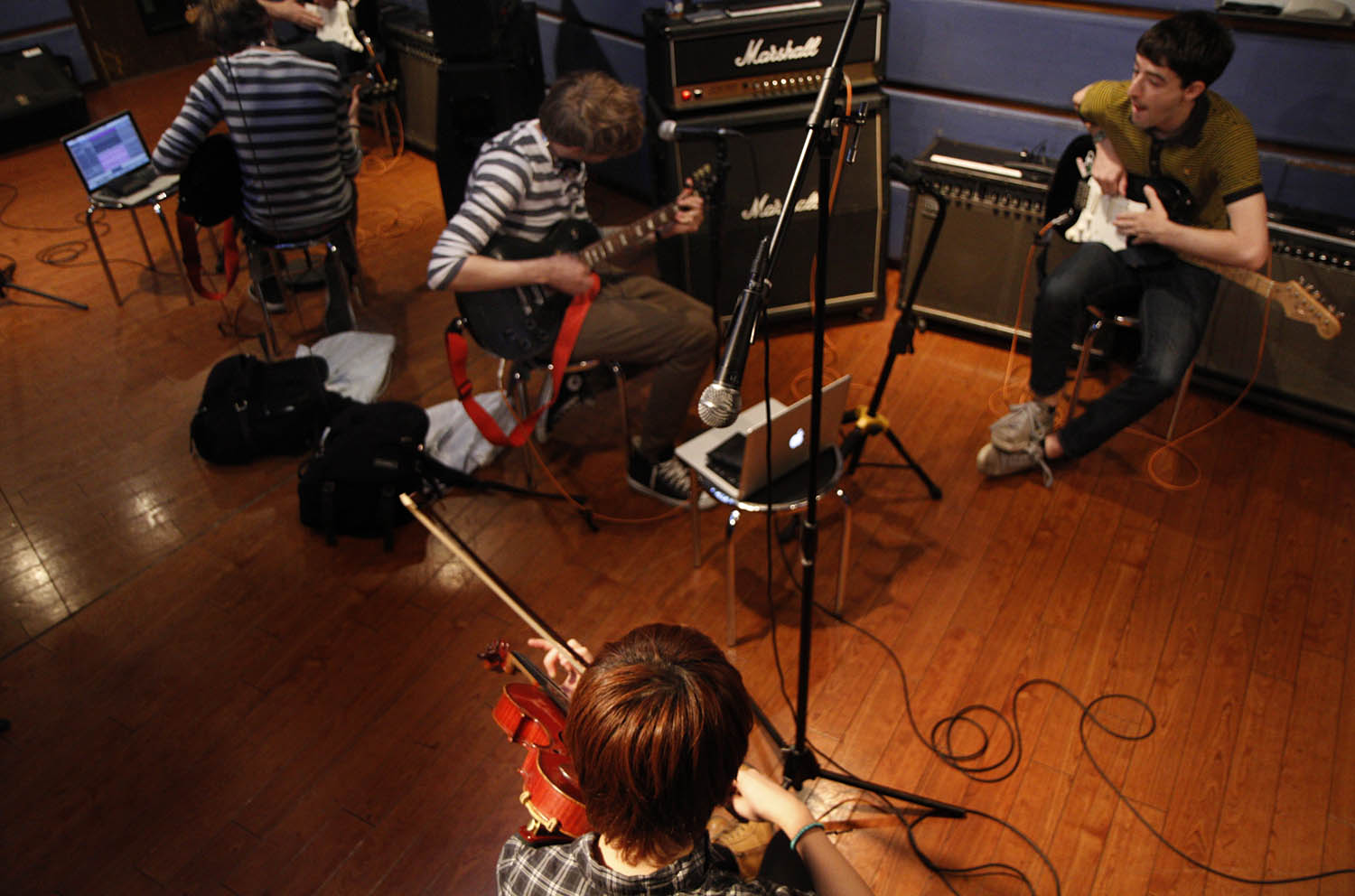 James Francis, top left, and Andy MacKenzie, right, play along with Ayako’s violin in Pamfu. Full disclosure: I play harmonica with them. The harmonica is probably in the hand during this shot. 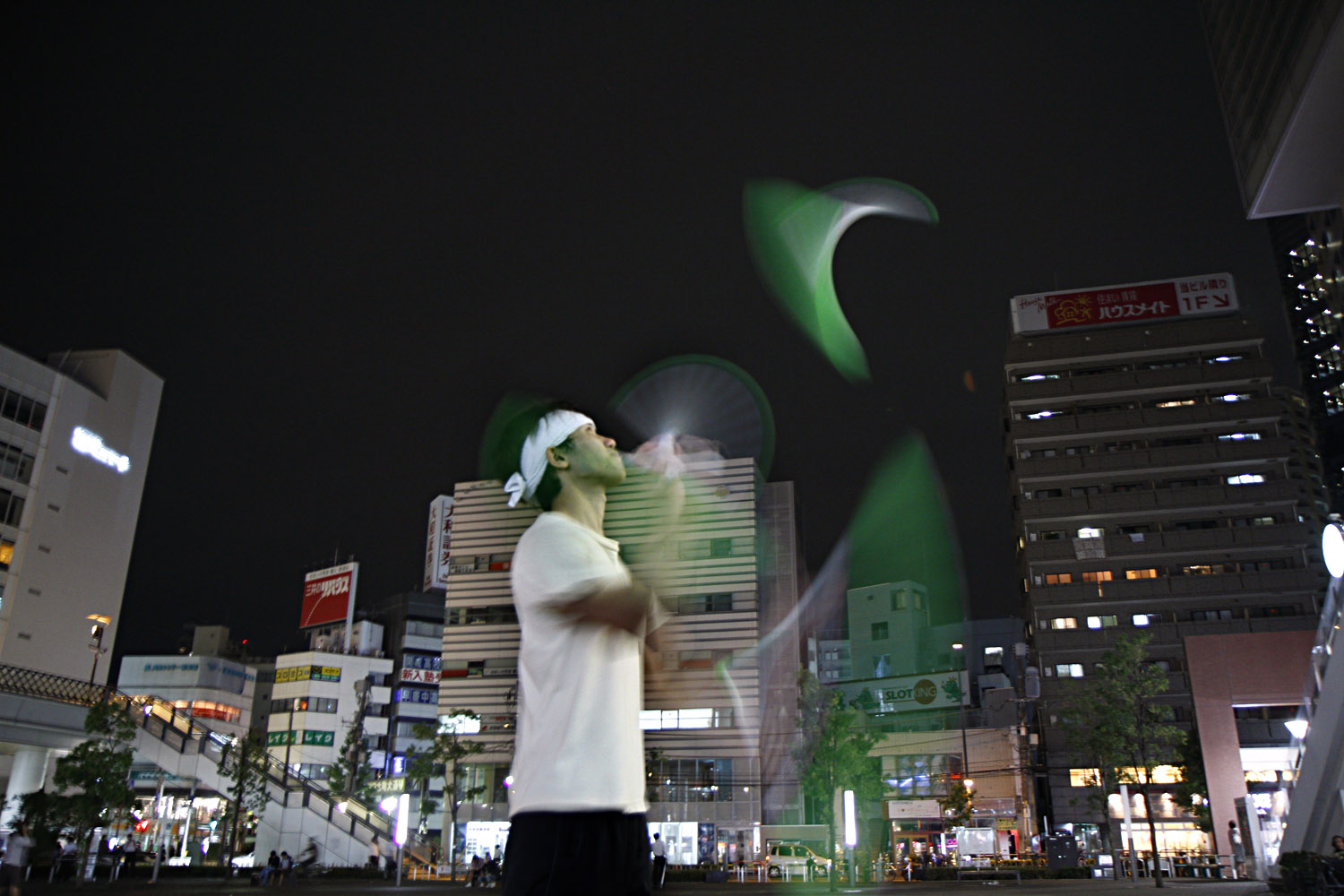 A juggler who calls himself タクゾー (Takuzō) practices with juggling pins in Kawaguchi City, near Tokyo.

A worker at 原宿餃子楼 (Harajuku Gyōza Rou) takes an order for gyōza, a Chinese-style dumpling, in Tokyo’s Harajuku district. 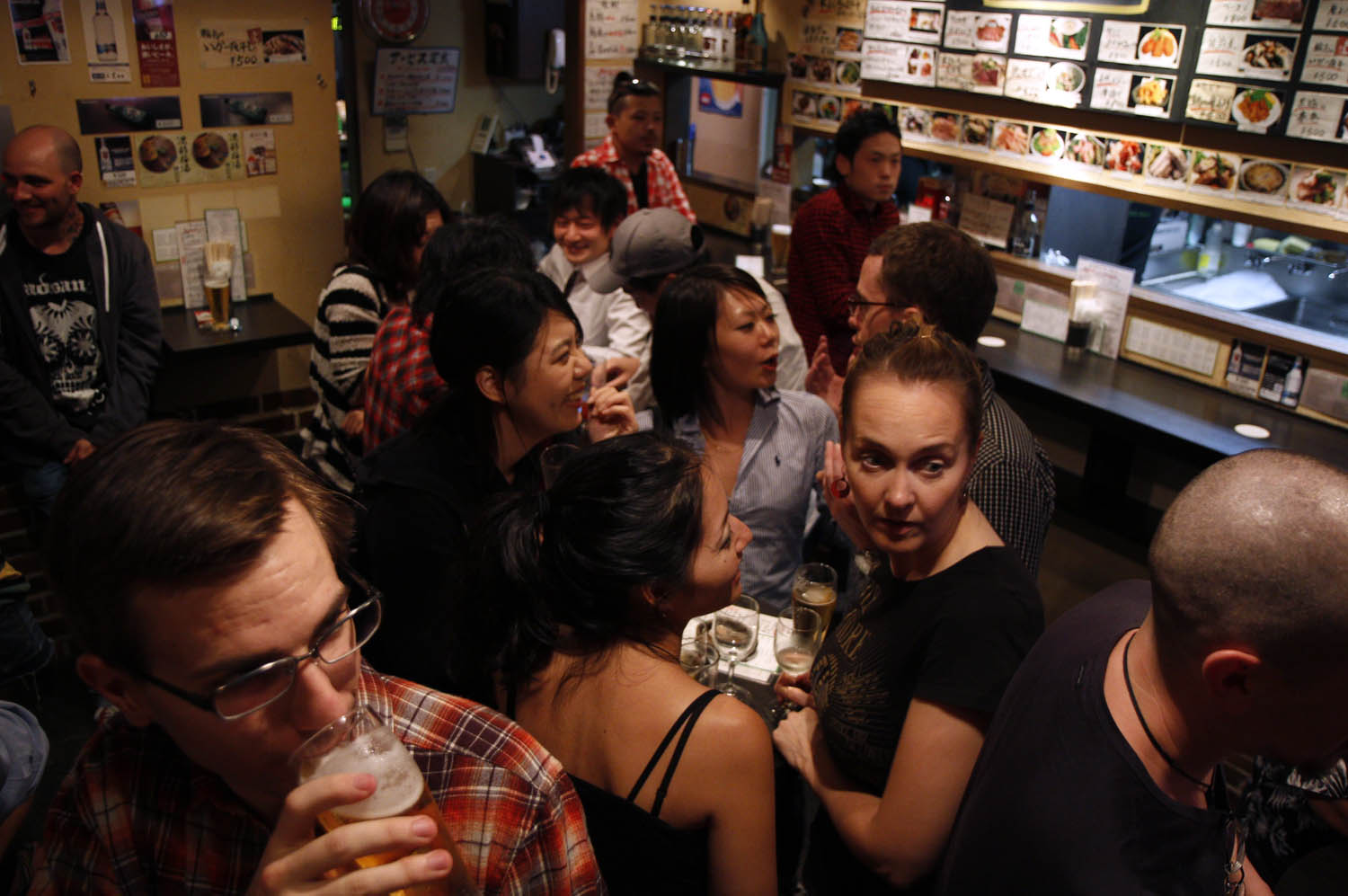 Nick Erickson, bottom left, enjoys the atmosphere of a small standing bar with a crowd of people in Shibuya, Tokyo. 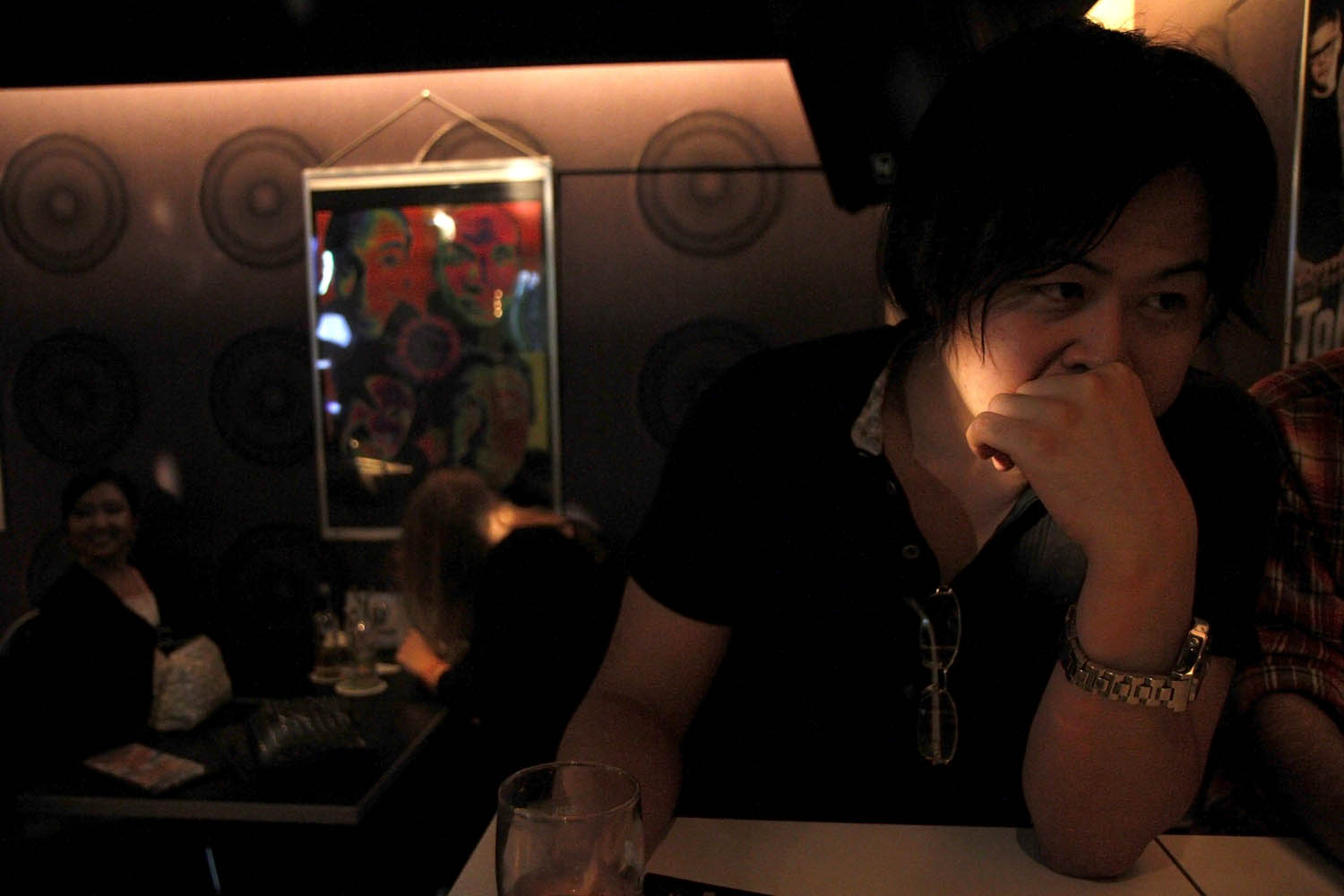 A man who gave his name as りゅう (Ryū) sits listlessly in a bar in Shibuya around 1:00 in the morning while hardcore music plays in the background.

This entry was posted in japan, tokyo. Bookmark the permalink.