Posted on September 27, 2009 by Jim Buell
Back to Europe pictures from the summer.
After Barcelona, I spent a night in Nice before moving on to Venice. Venice was more interesting, so let’s just move on to Italy. 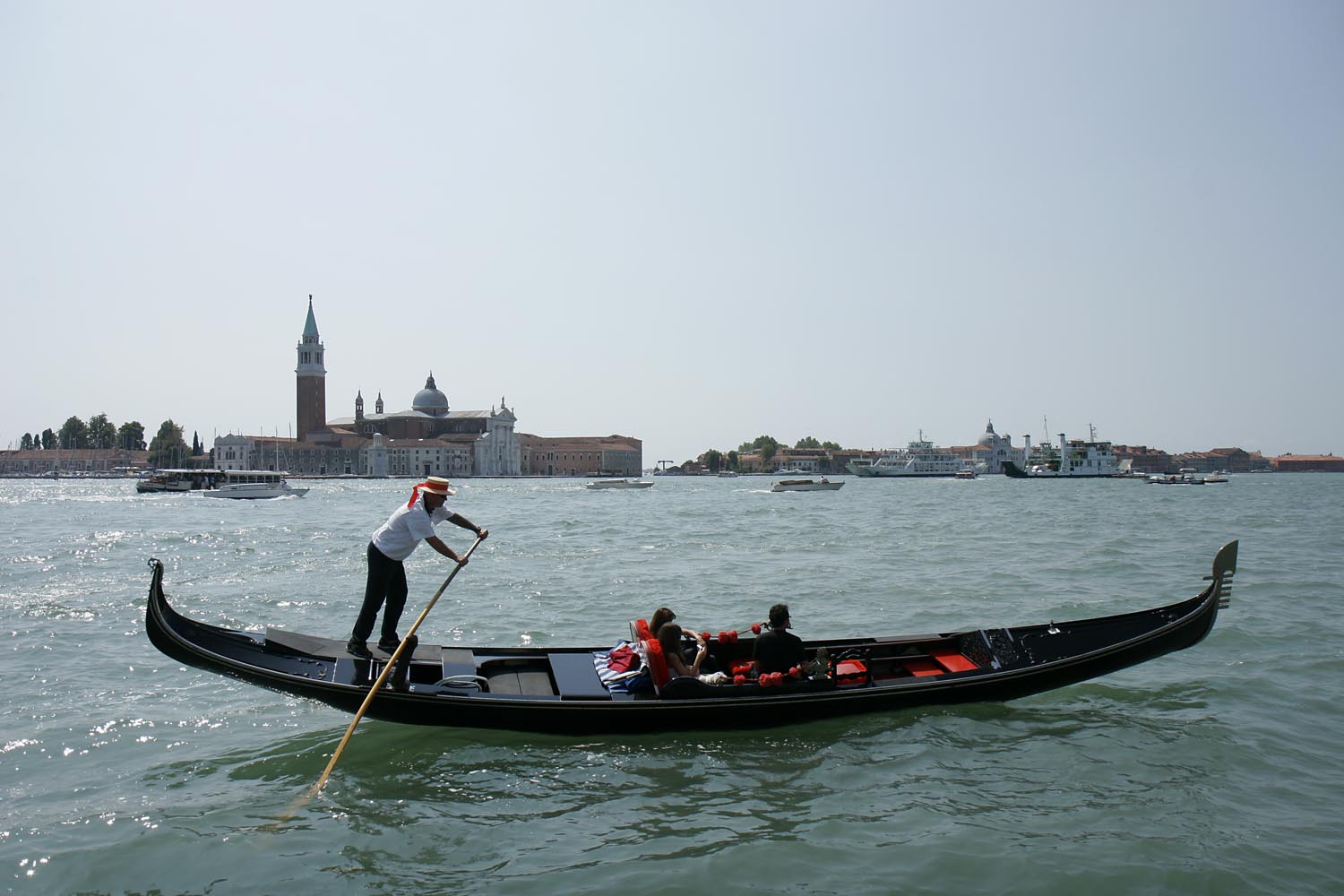 At one time, gondolas were the most common type of transportation through the canals of Venice. Now vaporetti, public transportation water busses, are most often used for day-to-day travel. Gondolas are still prevalent, however, but are mostly used as a tourist attraction. 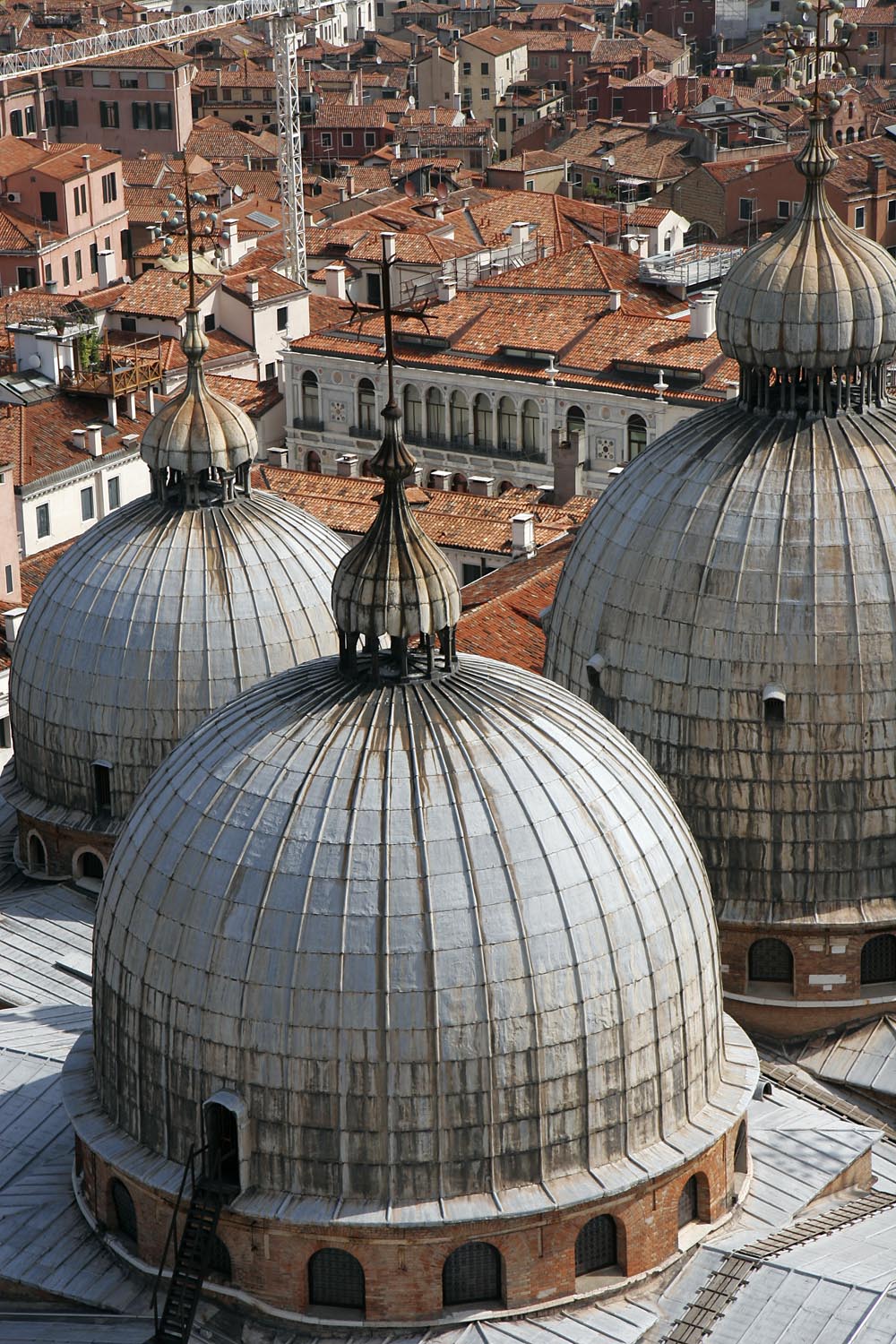 Here the top of Venice’s Saint Mark’s Basilica can been seen from a nearby bell tower. Construction started on the Byzantine-style basilica in the 11th century. 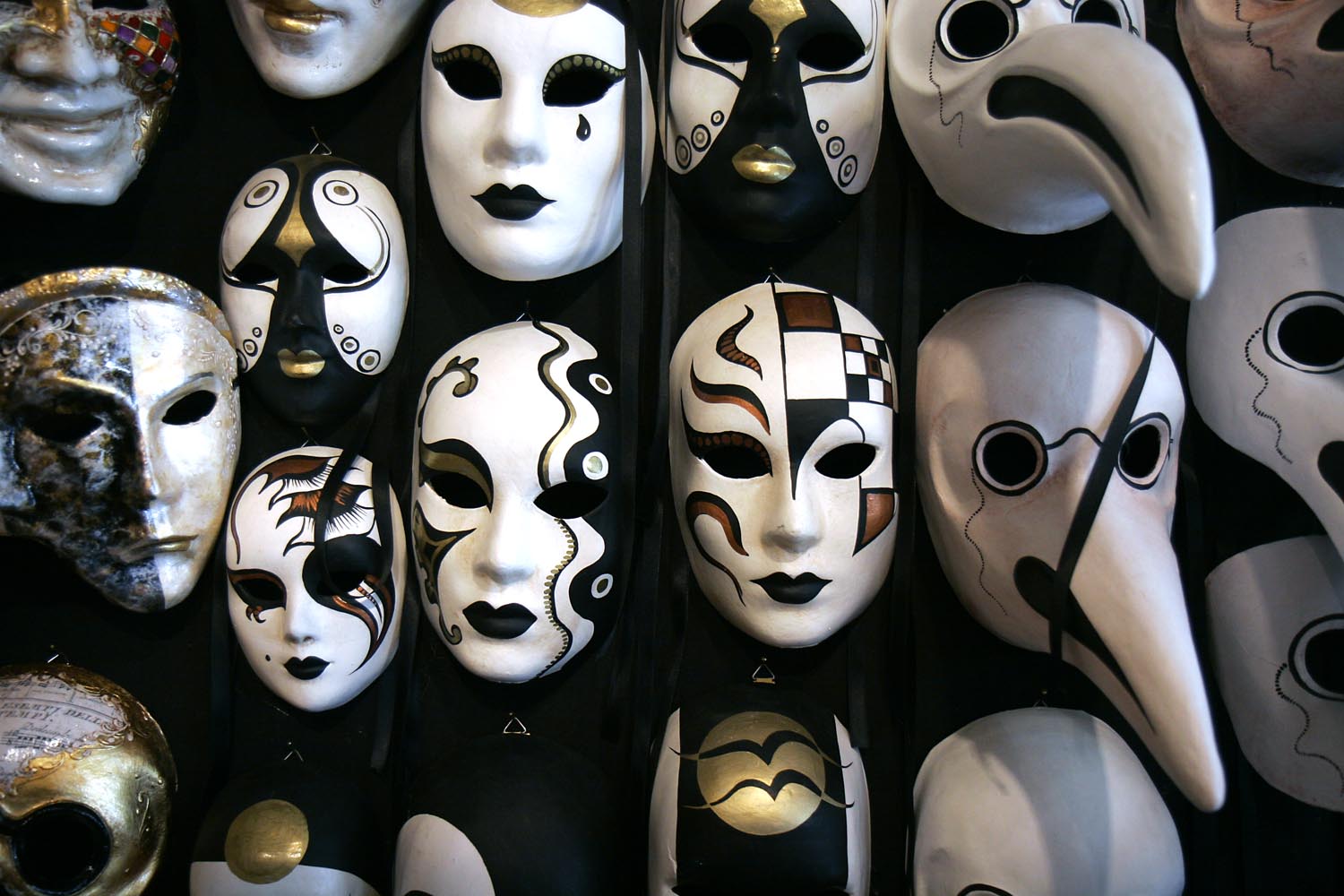 Hundreds of masks lined the walls of one shop in Venice. Each year before the Catholic season of Lent, tourists (and probably a few natives) celebrate Canival by donning masks and making merry in the streets – much to the chagrin of the natives who don’t celebrate. 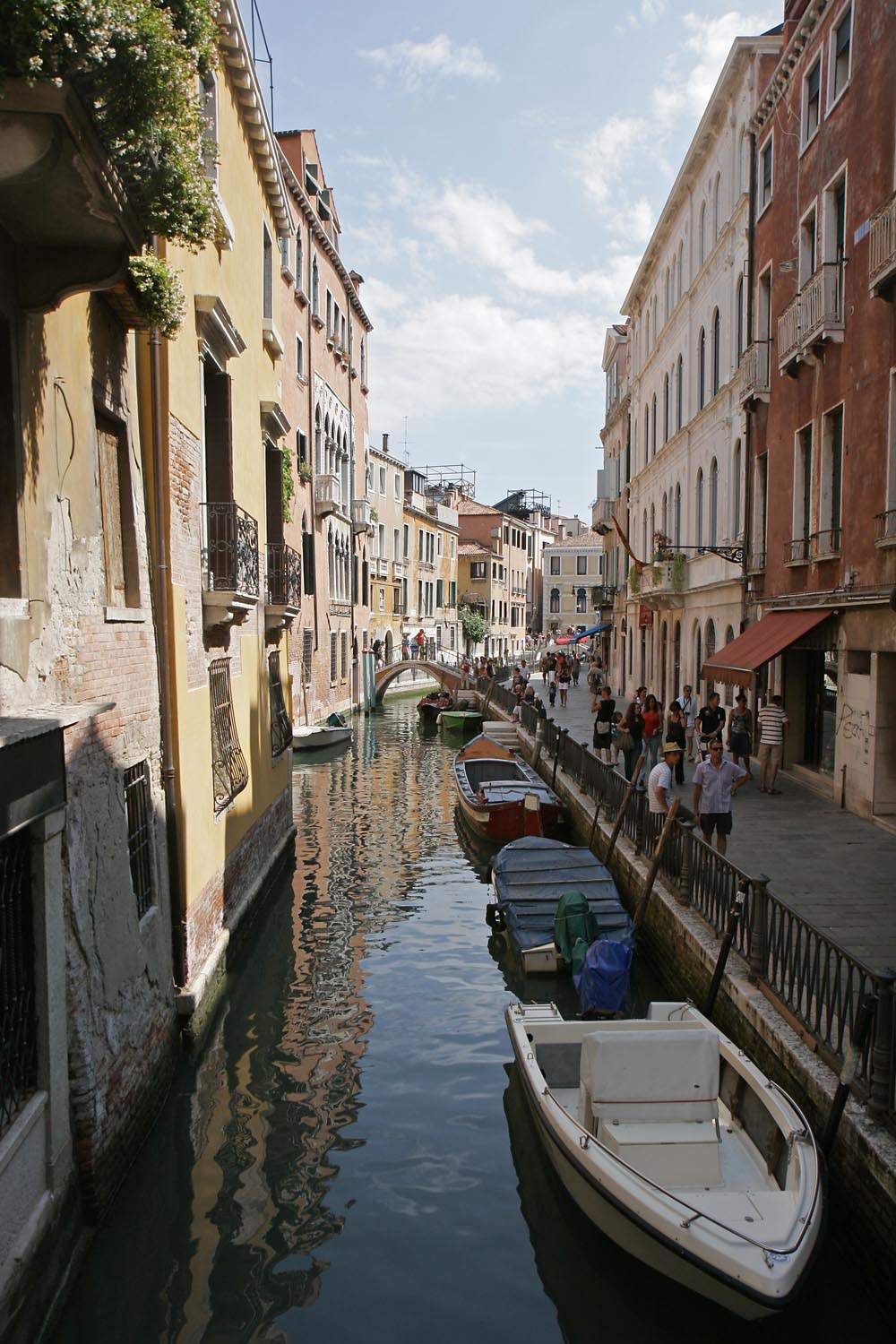 Ah! The canals of Venice! Now featuring all of the pretty but less of the smell!
This entry was posted in Uncategorized. Bookmark the permalink.