Posted on July 6, 2009 by Jim Buell
Here’s something I shot today for AP in Brussels. 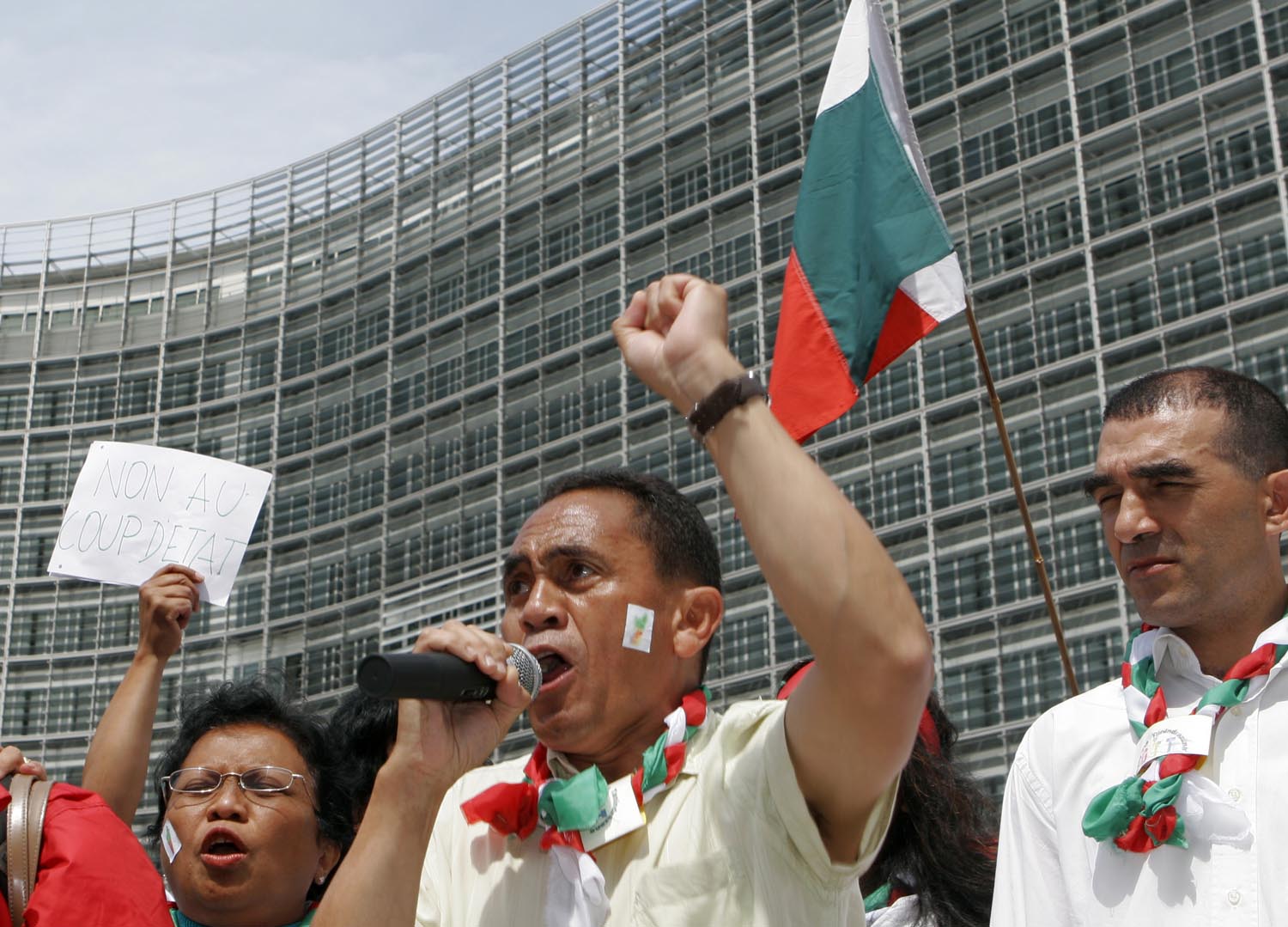 Protesters gather outside EU headquarters in Brussels to call on the EU to further condemn Madagascar’s President Andry Rajoelina on Monday, July 6, 2009. Rajoelina met with European officials in an attempt to convince the EU of his legitimacy after rising to power in what the EU has called a coup d’état. The sign in French reads “No to the coup d’état.”