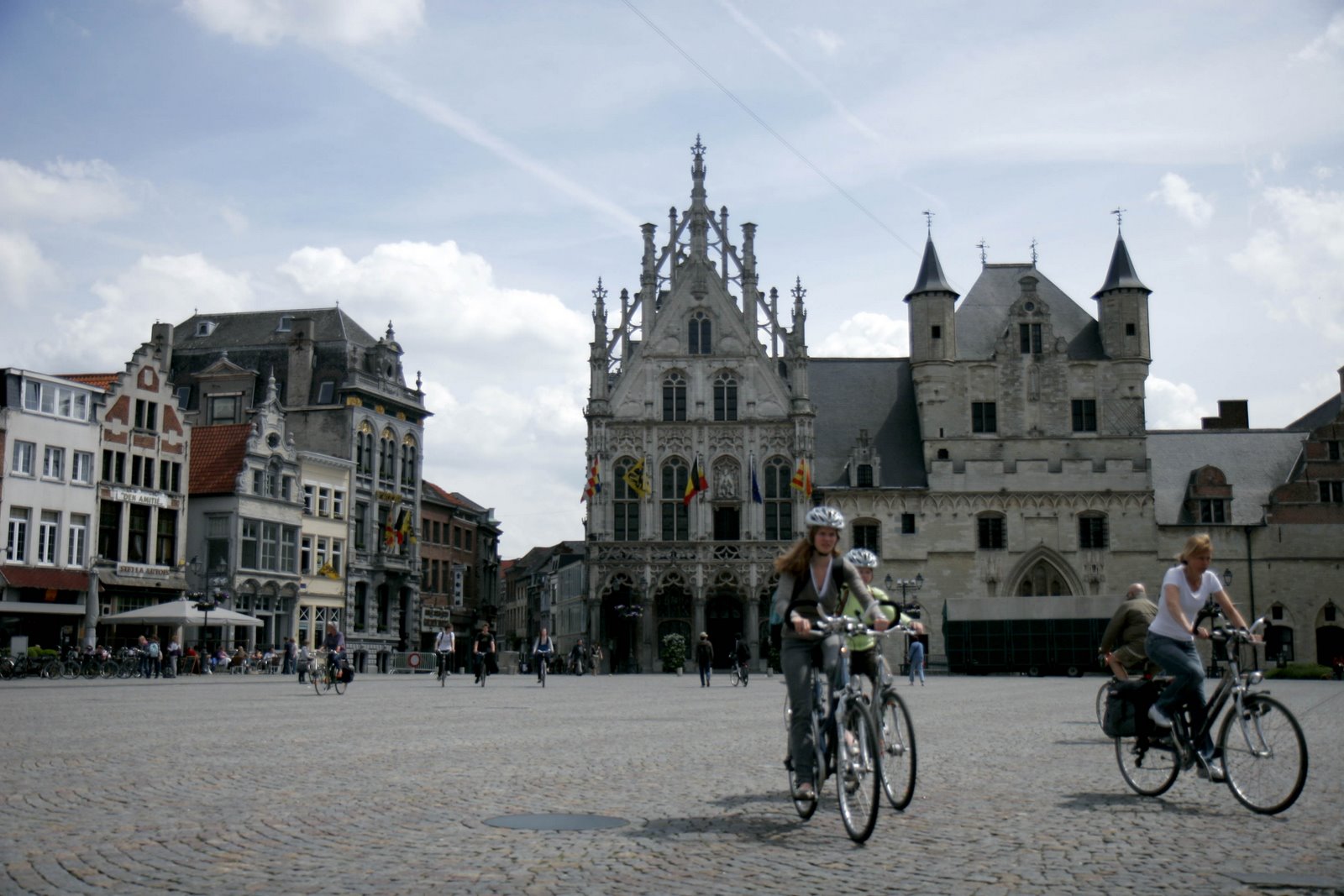 On Wednesday, we all took a train to Mechelen, a town in Flanders, which is the northern part of Belgium. The city was beautiful, but usually gets overlooked by tourists because of its proximity to more famous cities like Brussels, Ghent and Antwerp. The city is about a 20 minute train ride north of Brussels. Mechelen gained a great deal of wealth in the past through cloth trade, and as a result, there are plenty of stunning buildings, such as those surrounding the town square above. Additionally, bicycles are plentiful and cyclists seemed to outnumber drivers. 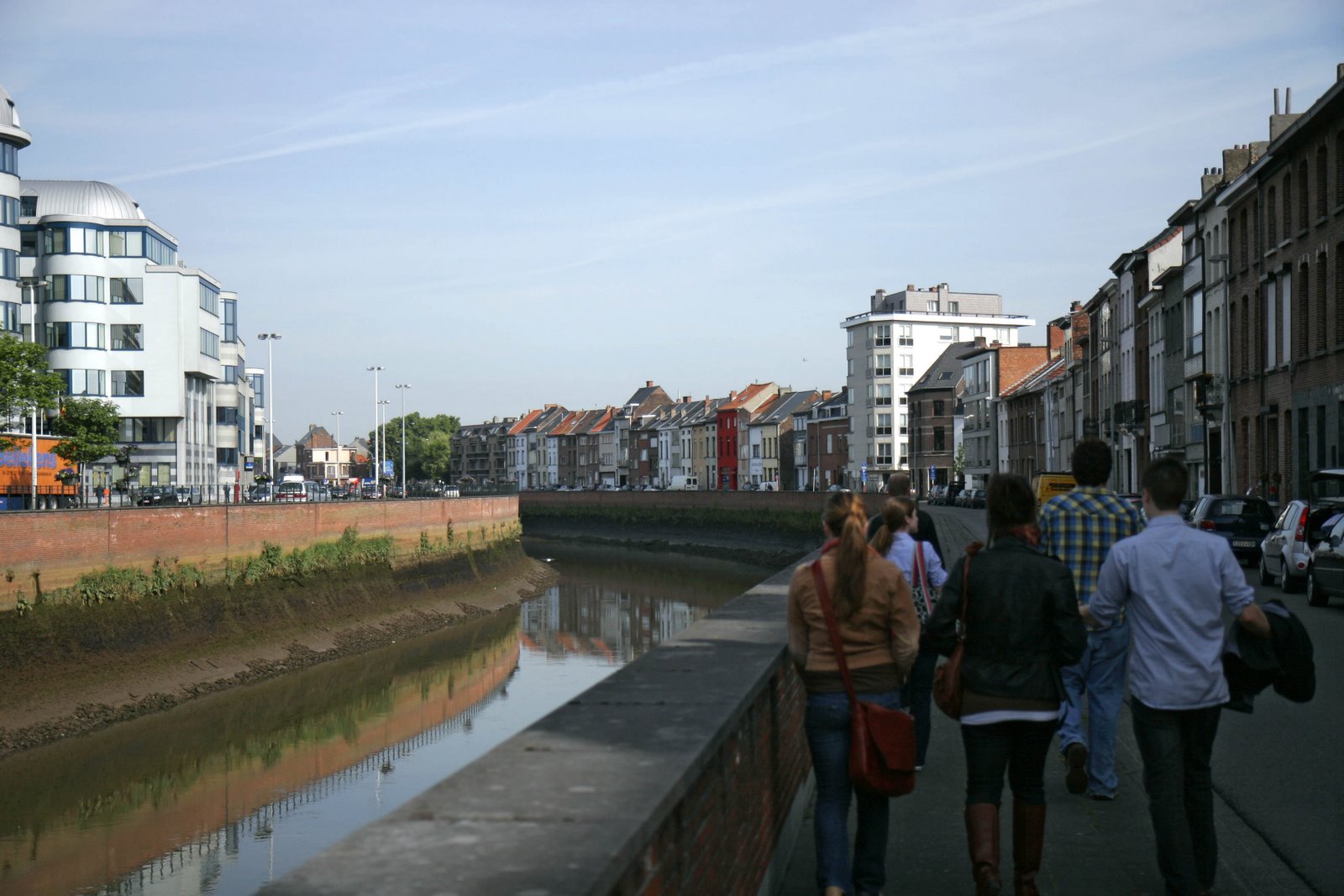 Mechelen also features several canals and bridges, giving it a style I’m not very familiar with. We had to walk a pretty long distance before being able to cross this canal. 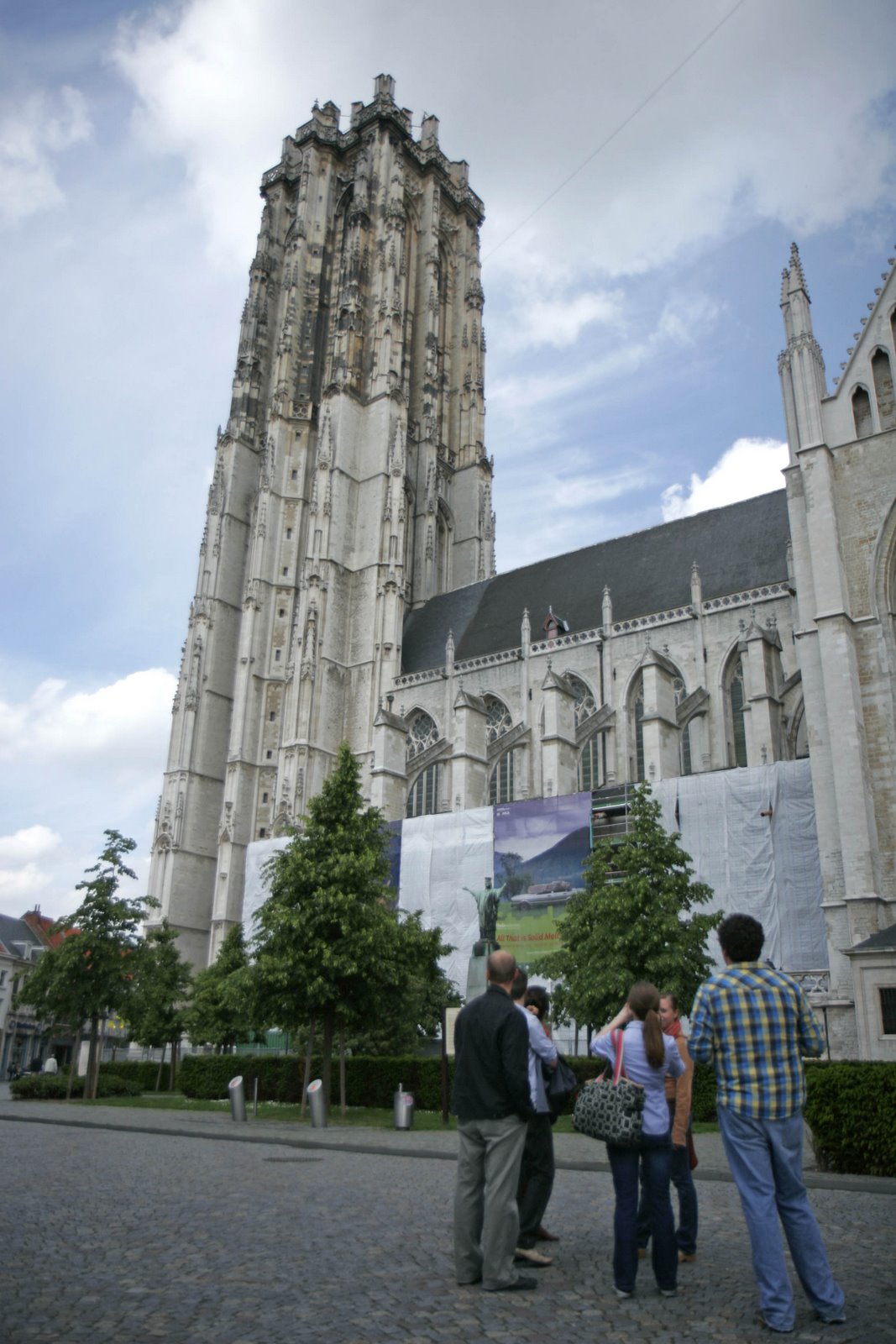 More evidence of the city’s opulence. This is St. Rumbold’s Cathedral near the town square. (St. Rumbold, by the way, is the patron saint of outrageous names.) I don’t know how tall the tower is, but they wanted €5 to climb it. We declined. 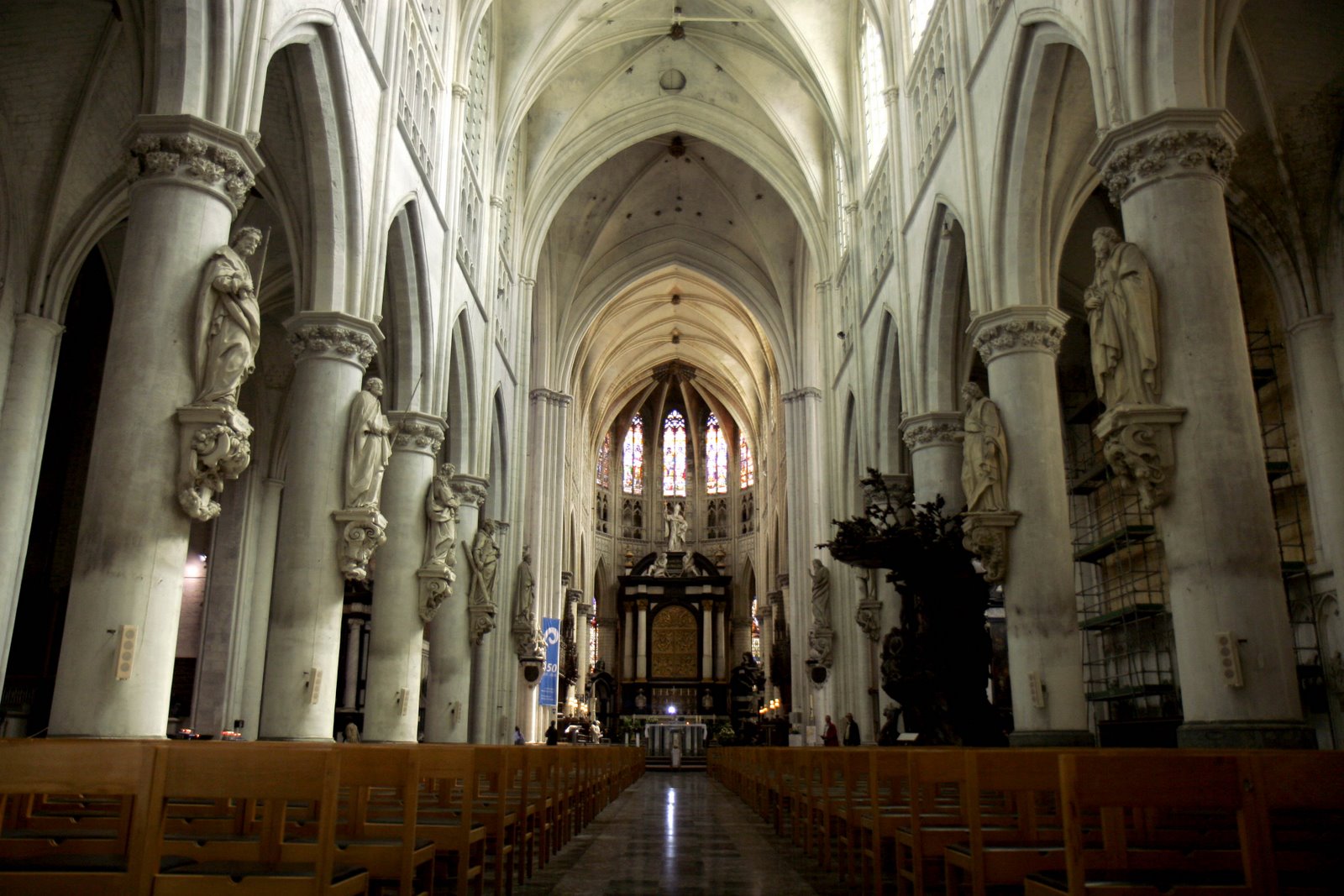 Inside the cathedral. The Catholic church used to be LOADED. 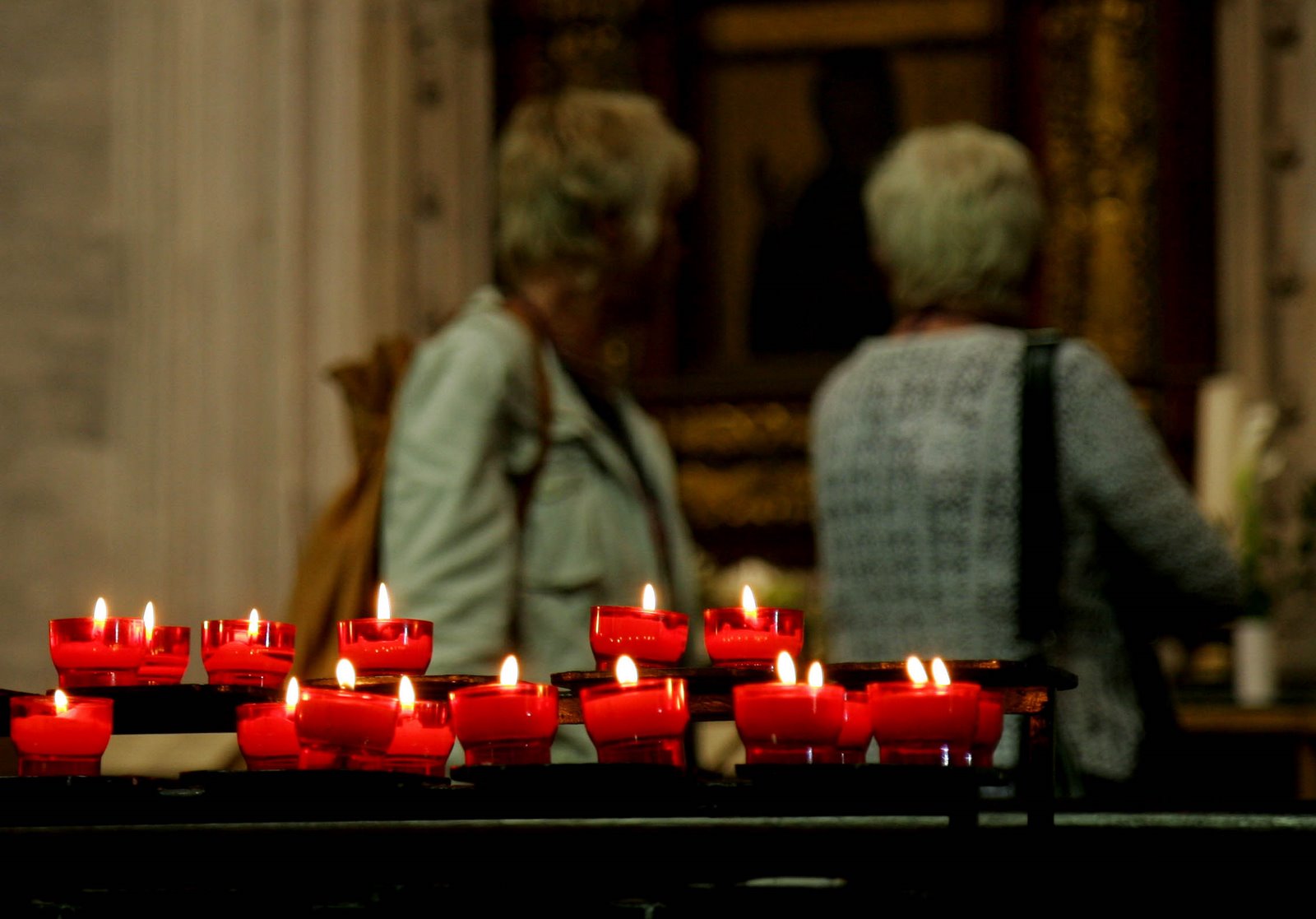 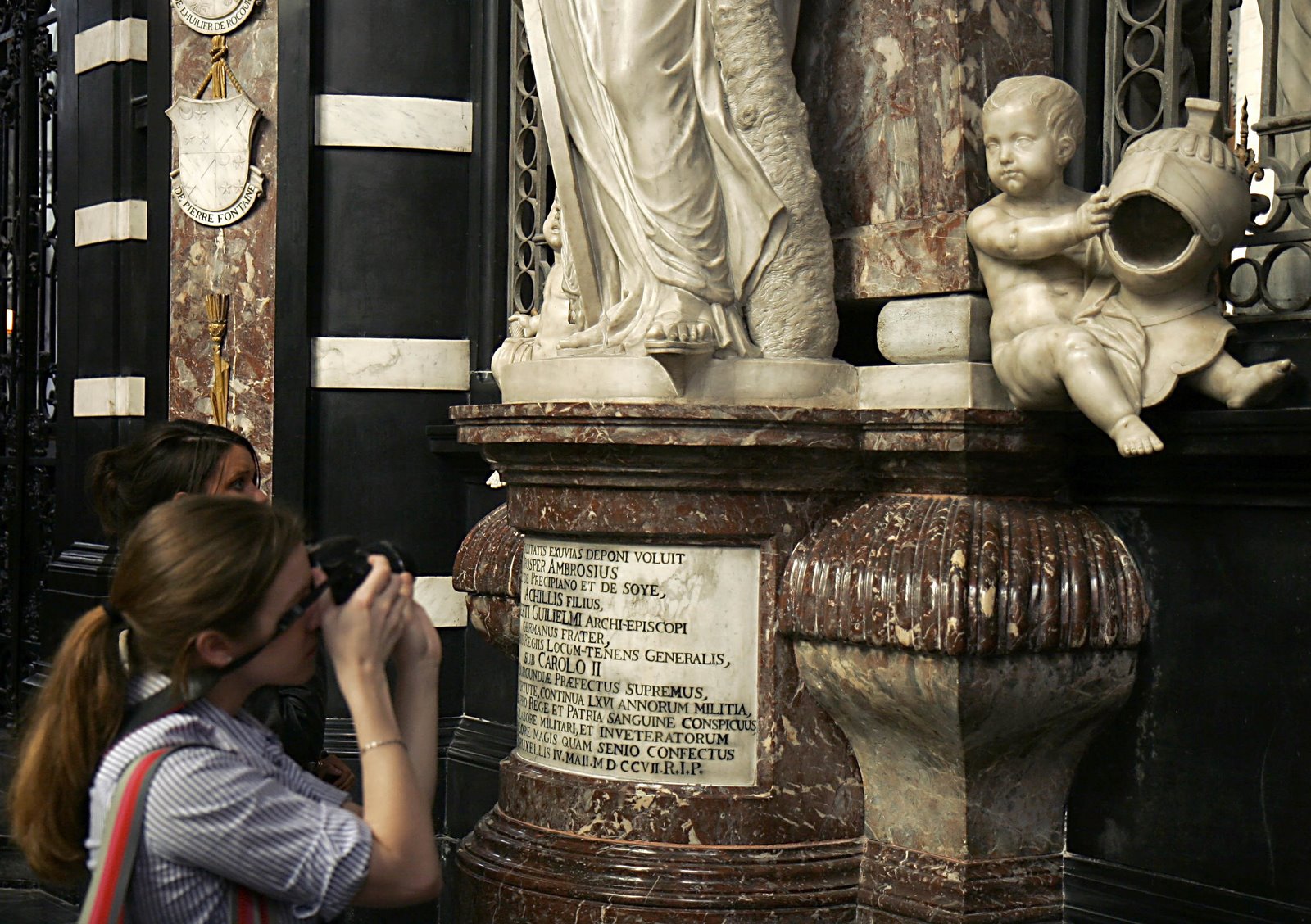 Erika was interested in the statue of a little boy holding the helmet from a suit of armor. What business does a little boy have holding such a thing? Unfortunately, the Latin text nearby did little to help explain the mystery. 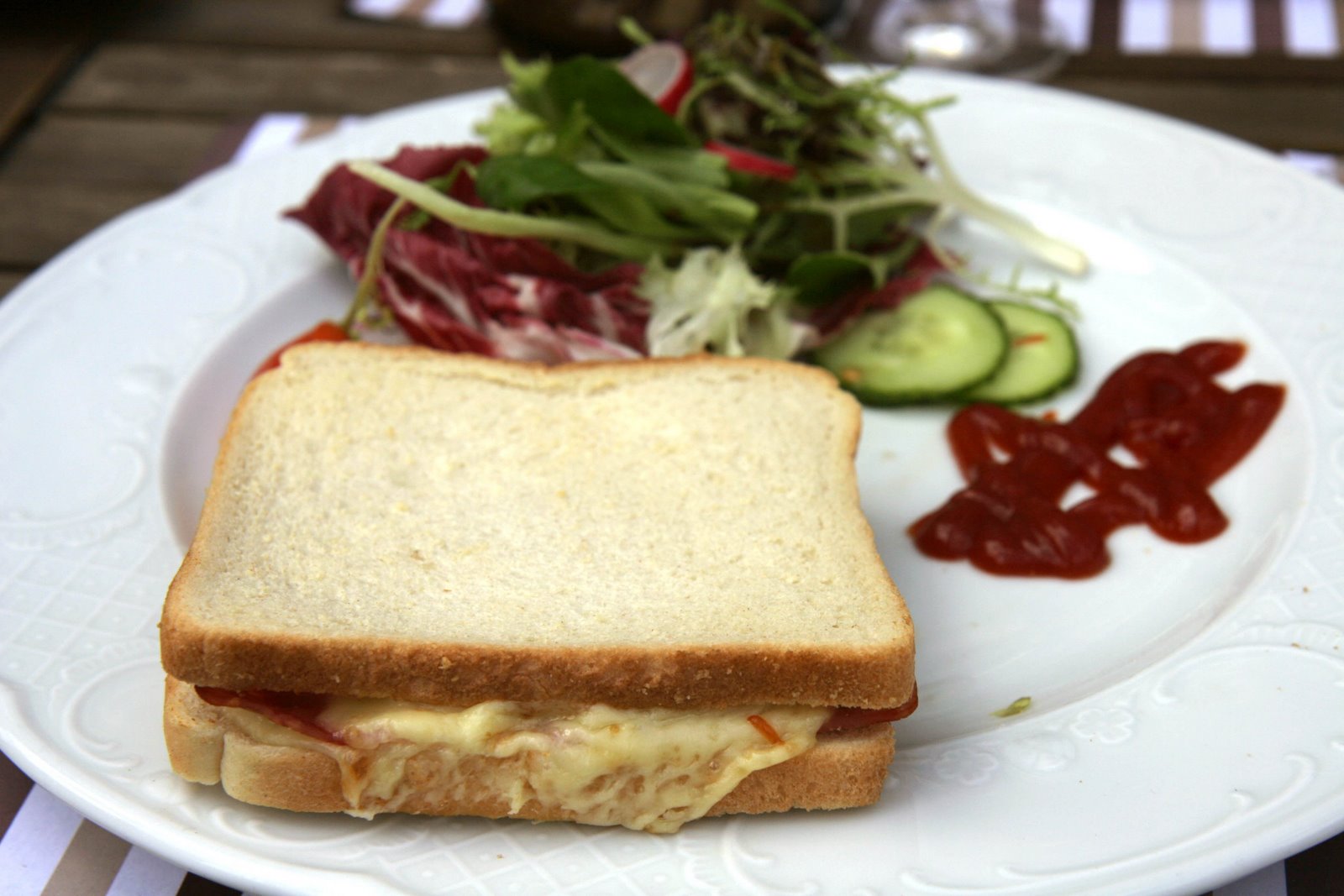 Croque-monsieur! This is what we all got for lunch. I’ve been wanting to eat one of these ever since I saw a picture of the sandwich in my high school French book. Somehow the book made it look more tantalizing. Basically it is a glorified grilled ham and cheese sandwich. Honestly I was a little let down, but I think that six years of anticipating a sandwich would lead to disappointment for anyone.

I should also mention that we visited The Jewish Museum of Deportation and the Resistance in Mechelen. 25,000 Jews were deported from the train depot there while Belgium was under German control in World War II. The museum’s goal was to give names and faces to victims of the Holocaust. It was pretty moving to hear individual stories about people affected, making the victims seem more real and less of a statistic.
This entry was posted in Uncategorized. Bookmark the permalink.

One Response to Day trip to Mechelen